With this acquisition, Torrent Gas has authorization to set up CGD network across 17 geographical areas spread over 33 districts in seven States and one Union Territory in the Country.

The transaction is subject to the approval from PNGRB and fulfillment of other condition precedents. Torrent Gas plans to invest over Rs 8,000 crores in the development of CGD network in these districts over the next 5 years, of which Rs 1,500 crores has already been invested.

On the occasion of signing of the SPA, Jinal Mehta, Director, Torrent Gas, informed that the acquisition of Sanwariya Gas would increase the company’s presence in 33 districts across India.

In a statement released on the occasion of signing of the SPA, Jinal Mehta, Director, Torrent Gas said, "We are pleased to announce the acquisition of Sanwariya Gas, which increases our presence in 33 districts across India.

"The Sanwariya Gas acquisition is our 4th acquisition in the CGD sector in 3 years and is a demonstration of Torrent's commitment to contributing towards the achievement of the PM's vision of creating a gas-based economy and increasing the share of natural gas in the Indian energy basket.

Shares of Adani Transmission Jump over 3 percent On Acquisition 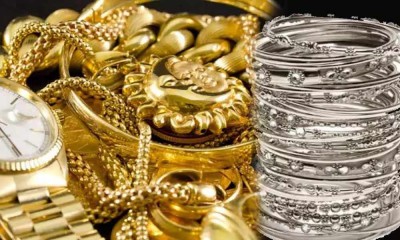