Taking into consideration of the Uttar Pradesh Assembly elections, Congress leader Priyanka Gandhi Vadra is likely to hold mega rallies in U.P in October, sources said on Monday. As per reports, Vadra will also hold a rally on September 29 in Meerut, ahead of the Uttar Pradesh polls.

Earlier, Congress on September 14 determined to launch concerted campaigns against the policies and "misgovernance" of the BJP-led Central government and to reach out to people to get their support for the 2024 Lok Sabha elections.

The Congress plans to target the Centre over a host of issues including price rise, unemployment, crime against women, farmers' agitation, Rafale, Pegasus and alleged misuse of probe agencies. The phase-wise agitation planned by Congress will continue till the 2024 Lok Sabha elections and senior leaders will participate in it.

In the 2017 Assembly elections, the BJP won a landslide victory winning 312 Assembly seats. The party secured a 39.67 per cent vote share in the elections for 403-member Assembly. Samajwadi Party (SP) bagged 47 seats, BSP won 19 while Congress could manage to win only seven seats. 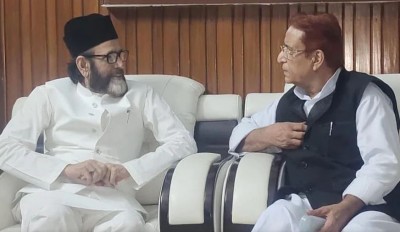