US Secretary of the Treasury Janet Yellen arrived in Poland on the first part of her European visit, where she met with Prime Minister Mateusz Morawiecki and other officials to address Warsaw's resistance to a global 15% corporate minimum tax and the Ukraine war.

Yellen's trip to Warsaw is the first in a series of European meetings. This week, she will also visit Brussels, Belgium, and Bonn, Germany, according to news report.

Poland is the only country in the European Union (EU) that has so far rejected attempts to reduce corporation taxes to the bare minimum in order to prevent a "race to the bottom" among countries vying for foreign investment.

Poland's primary objection to the tax is that it would impose a greater burden on European businesses unless it is tied to changes in tax treaties that would allow countries to impose higher taxes on huge US technology corporations.  However, this so-called Pillar 1 strategy has not yet been fully established.

The Treasury Secretary pushed Warsaw to move forward with the tax arrangement during his discussion with Morawiecki, saying it would "generate important revenues to help the citizens of both Poland and the United States."
"All of the meetings have had really good conversations, good, frank discussions, and we'll continue to work on all of the concerns," Yellen added. The two sides also talked about the Ukraine conflict, particularly Russian sanctions. Yellen thanked Poland for accepting 3.4 million Ukrainian refugees since the conflict began in February. 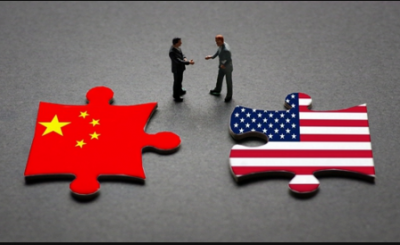