Varun Dhawan is making headlines for his new film. In fact, he will be seen in filmmaker Rajkumar Hirani's next film. According to the upcoming report, the film has been titled 'Made in India.' Yes, and it will be a story based on a true event directed by Hirani assistant director Karan Narverkar. Tell all of you that Rajkumar Hirani and Neil Bate Sannata fame Neeraj Sharma have written the story of the film if you accept the report of a famous website. The shooting of this film will begin in the last six months of this year.

Karan Narverkar, however, has been working with Rajkumar as an assistant director for many years and has worked with him in films like 'PK' and '3 Idiots.' Talk about Varun Dhawan he is quite active on social media, he often shares his photos and videos. Actors often share videos with their friends and actors for entertaining their fans. Varun will soon be seen in the film 'Bhediya.' He is currently shooting for 'Bhediya' with Kriti Sanon. The actor shared a video on his Instagram where he and Kriti are seen sitting together. Meanwhile, Kriti tells Varun that today is full moon night and Varun makes a wolf-like voice in response.

You may be aware that the actor shared a photo with his father David Dhawan on the special occasion of the New Year. In this photo, he touches his father's feet and takes blessings. Sharing this photo, Varun captioned it, "Take everyone's blessings this year, Happy New Year.'' That photo was loved by fans. 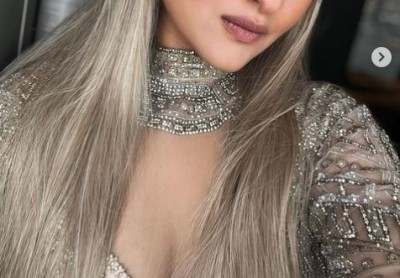