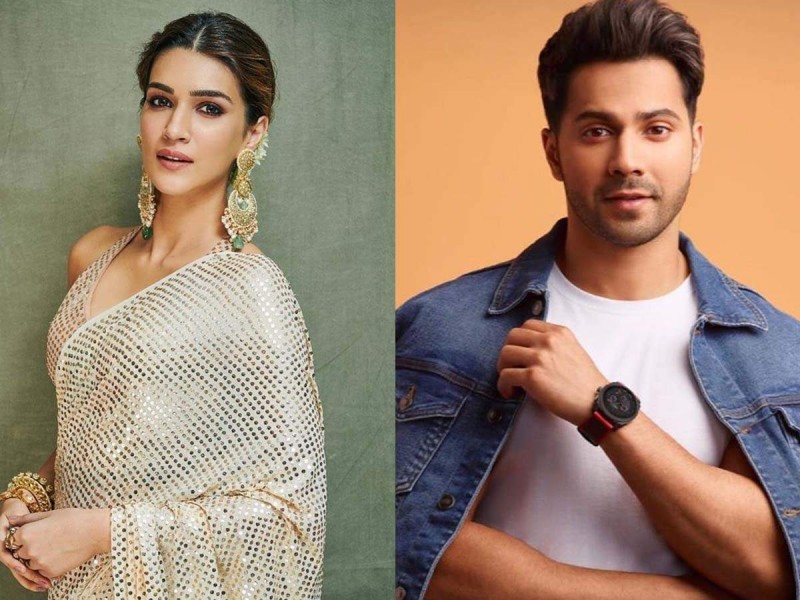 Famous Bollywood actor Varun Dhawan is known for his outstanding performances. Varun has worked in tremendous movies in his career so far. The pair of actress Kriti Sanon and Varun Dhawan will once again be seen entertaining the audience. These two will be seen together in the horror-comedy film 'Bhediya'. Recently, Varun has shared a special video with Kriti for fans. Varun recently visited the theater to watch the film. A few days ago, the makers of the film announced the release date of the film 'Wolf'. The film is to be released on the big screen on April 14 next year. The teaser of 'Wolf' was also released along with the release date of the film, which looked awful to watch.

The meaning is clear that Varun had come to see Rajkummar Rao and Jahnvi Kapoor starrer Roohi at the theater. Now that Varun has seen this movie, it is obvious that Roohi 's star cast is going to be very happy. The horror-comedy movie by Rajkumar Rao and Jahnvi Kapoor is all set to make you laugh with horror. After the success of the film Stree, the producers have brought Roohi along with Rajkummar, Janhvi, and Varun Sharma.

Ajay Jaiswal, A Producer & Music Director from Bollywood is helping the young emerging talents to grow in the Bollywood industry.