Vehicle sales up 8 pc in August, 2-wheelers cause for concern: FADA Auto retail sales in India grew 8.3 percent on year in August due to improved production and demand during the month that also marked the start of festival season in the country, said the Federation of Automobile Dealers Association (FADA).However, the overall sales are still below the pre-pandemic level during the month when Ganesh Chaturthi, considered auspicious for purchases, was celebrated.

The festival season sales in India usually start with the Onam season in Kerala in the mid of August and runs till Bhai Dooj towards November. "While dealers anticipated good Ganesh Chaturthi in August, the results thus far has not been encouraging," FADA President Manish Raj Singhania. "In spite of good monsoons, festive season began with a dampener during Ganpati." On a year-on-year basis, all the segments, barring tractors, recorded growth during the period.

The passenger vehicles segment saw sales increase 6.5 percent on year to 274,448 units while two-wheeler sales rose 8.5 percent to 1.07  million units. The commercial vehicles segment continued its momentum with a 24 percent onyear growth to 67,158 units. Three-wheeler sales jumped 83.14 percent to 56,313 units, with electric passenger Riskshaw more than doubling its sales and contributing half of the segment’s numbers. However, tractor retail sales continued to decline in double-digits for the second consecutive month as uneven rainfall resulted in lower kharif sowing during the season.

Though the festival season sales had a shaky start, dealers continue to anticipate strong sales during Navratri and Diwali following improvement in supply. “With easing of supply, PV (passenger vehcile) segment will definitely see the best ever festivities (Navratri and Diwali) in last one decade,” the industry body said in a statement.

'Oil imports from Russia increased,' Sitharaman said- This is all due to PM... 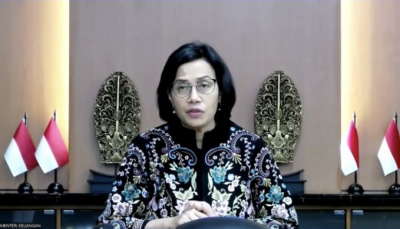