Indore: The indore court on Friday held a final hearing in the khudkhushi case of MP's much-touted nation Sant Bhayyu Maharaj. The court convicted the chief sewak Vinayak, driver Sharad and caretaker Palak. All have been sentenced to 6-6 years in prison. The order said that the sewadars had tortured Bhayyu Maharaj so much that he committed suicide.

According to the same report, after three and a half years of hearing, the sessions court gave the verdict. 32 witnesses were heard. 150 muscles were done. The High Court has found the offence to be substantiated. Sessions Judge Dharmendra Soni sentenced Sharad Deshmukh, Vinayak Dudhale and Palak Puranik, who were the servants of the Maharaj, for abetment of the Maharaja to commit suicide. The court said that the accused used to torture Maharaj for money. They were also blackmailed for money. Let us know that Bhayyu Maharaj committed suicide by shooting himself on June 12, 2018. The sevadars who were more than the family for Bhayyu Maharaj, in whom they had so much faith that they had entrusted their ashrams and functions to him, the same sewadars tortured them so much for money that under compulsion they had to take steps like self-happiness.

The case was heard for five-and-a-half hours on January 19. It was decided that the verdict in the Bhayyu Maharaj Khudkhushi case would be pronounced on January 28. His servants Vinayak, Sharad and Palak have been in jail for a long time on charges of inciting Maharaj to commit suicide. The hearing in the court of Additional Sessions Judge Dharmendra Soni lasted for five and a half hours in two sessions. 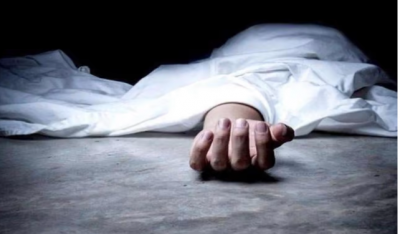