Actor Vijay Sethupathi is busy with filming Michael, his next pan-Indian blockbuster for this he went to Hyderabad. Sundeep Kishan and Ranjit Jeyakodi co-star in the film, which is directed by Ranjit Jeyakodi. As he headed back to his car after his shot, the actor was spotted in the city.

Vijay can be seen in the photos beaming a wide smile as cameras recorded the dapper star. In a casual outfit of a yellow checkered shirt and blue pants, the actor looks dashing and handsome. 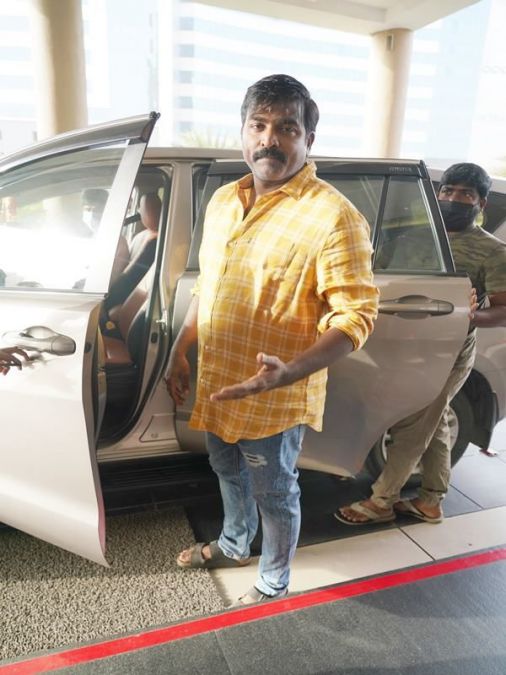 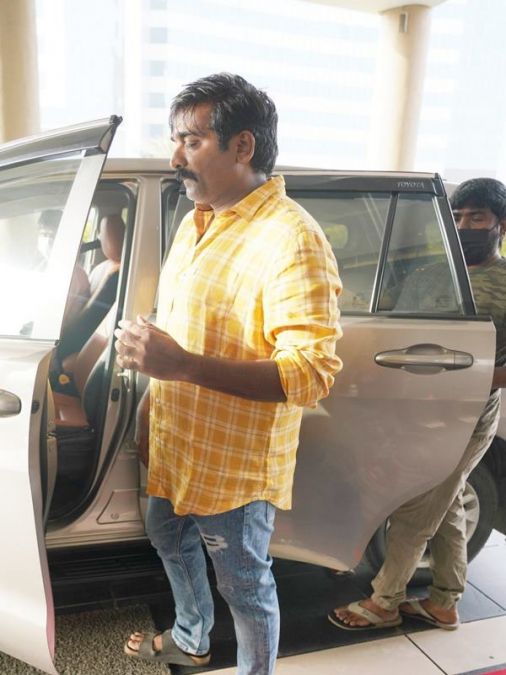 Varalaxmi Sarathkumar, an actor, just joined Michael's team. Sundeep's love interest will be played by Divyansha Kaushik, and the antagonist will be played by Gautham Vasudev Menon. The first session of the film has already been completed, while the second schedule is now being shot in Hyderabad. Sree Venkateswara Cinemas LLP, in collaboration with Karan C Productions LLP, is producing this pan-India film. This film is being produced on a large scale and will be released in Telugu, Tamil, Kannada, Malayalam, and Hindi languages.

Vijay was most recently seen in Deepak Sundarajan's Annabelle Sethupathi. Taapsee Pannu played the female lead in the film. Radikaa Sarathkumar, Yogi Babu, Jagapathi Babu, Vennela Kishore, and Rajendra Prasad star in the film, which is billed as a horror-comedy.