So far, Prime Minister Narendra Modi has surprised the people by breaking protocol several times during his visit to Kashi. Now this time too, he has done the same. In fact, he did it during his visit to Varanasi last Friday also. During this time, while returning to Bareka after a roadshow and darshan pujan at Kashi Vishwanath temple, PM Modi reached Pappu's tea shop located at the famous Assi crossroads of Varanasi. Here he enjoyed the kullad tea. At the same time, people were shocked to see PM Modi suddenly there. During this time, a huge crowd gathered outside the shop and people started shouting the slogan of Modi-Modi along with the slogan of Har-Har Mahadev, Jai Shri Ram. During this time, after sipping tea, they came out and reached the next shop to eat paan. There he ate paan and during this time also asked the shopkeeper.

#WATCH PM Narendra Modi enjoys chai at a tea stall during his roadshow in his parliamentary constituency Varanasi pic.twitter.com/bVN73HvdDT

During this time, the shopkeeper asked him to bless him, then he also blessed him by placing his hand on his head. PM Modi's fatigue of the roadshow for about three hours continuously erased as soon as he reached the shop, shopkeeper Manoj asked which tea he would drink. At the same time, the answer to this was Banarasi special which you serve to people every day. After this, the shopkeeper made tea with light sugar, tea leaves and cardamom and served it in an earthen kullad. Let us tell you that during this time, the Prime Minister after drinking one kullad tea praised a lot and asked to give another tea. Even after drinking the second tea, his mind was satisfied.

Yes, and while leaving the shop, on the steps of the shop, the Prime Minister requested one more tea. In such a situation, the shopkeeper immediately gave another tea. Yes and the PM drank the third tea while standing on the ladder and on the request of the shopkeeper blessed him by placing his hand on his head. While leaving the tea shop, PM Modi reached Gopal Prasad Chaurasia in a paan shop on the right. Told him to feed Banarasi paan. He told the shopkeeper that do not put lime in the paan, then the shopkeeper fed the betel to the Prime Minister by applying plain leaves, diamond, fennel, catechu. After that the Prime Minister also praised Paan. After this, he left for the guest house. Now the video of that period is shadowed on social media and people are happy to see it.

India is looking for mass EV technology to build in India: Nitin Gadkari 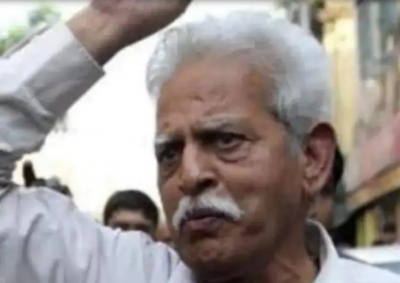