In addition to strengthening deployments on the eastern flank, NATO is also recruiting new members on the north wing.

"In itself, the alliance is rather a tool sharpened for confrontation. This is not an alliance that ensures peace and stability," Kremlin spokesman said.

WARSAW/MOSCOW, April 16 (Xinhua) -- Transferring massive weapons to Ukraine, massing a large number of troops in eastern Europe, and welcoming Sweden and Finland to join the alliance, NATO has been very much engaged itself so far in the conflict between Russia and Ukraine.

Analysts say NATO's disregard of Russia's legitimate concerns on security issues and its continuous expansion is the root cause of the outbreak and escalation of this conflict. If it continues to slim down the small buffer zone left between Russia and itself, the situation will undoubtedly go worse.

DEPLOYMENT IN THE EAST

Before the escalation of the Russia-Ukraine conflict, NATO deployed one combat force in each of the three Baltic countries and Poland and implemented a rotation mechanism with non-permanent garrison troops there. 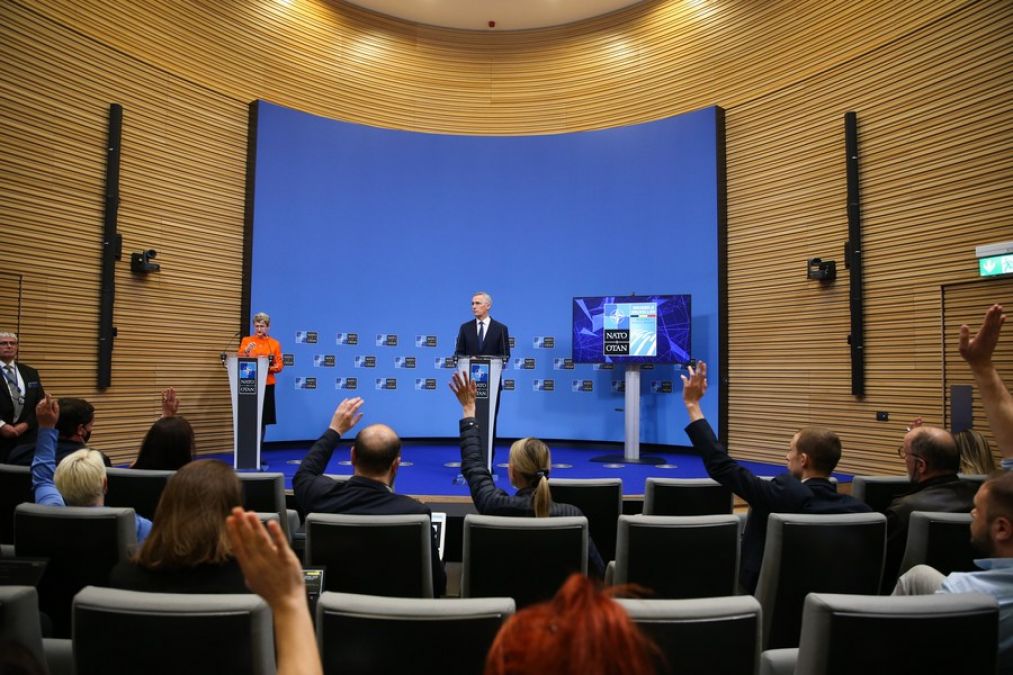 But for now, NATO doubles the size of the four above-mentioned combat forces and declared four new NATO battlegroups in Bulgaria, Hungary, Romania, and Slovakia at the NATO summit held last month.

NATO is seen by many as a Cold War vestige and has been questioned over the necessity of its existence after the end of the Cold War.

The military alliance promised in the 1990s that it would not expand "one inch eastward," according to then U.S. Secretary of State James Baker. However, led by the United States, NATO has expanded eastward five times since 1999, increasing the number of member countries from 16 to 30, advancing more than 1,000 km eastward, and reaching the Russian border.

RECRUITMENT IN THE NORTH

In addition to strengthening deployments on the eastern flank, NATO is also recruiting new members on the north wing. NATO Secretary-General Jens Stoltenberg has repeatedly said that if Finland and Sweden apply to join NATO, NATO will welcome them and ensure that their entrance will be accepted soon.

In a recent interview with The Telegraph, Stoltenberg said that the alliance is "in the midst of a very fundamental transformation" that will reflect "the long-term consequences" of Russia's military operation.

Both Finland and Sweden have long pursued a policy of military non-alignment. After the disintegration of the Soviet Union, NATO has failed to win over the two countries several times.

But now Finland and Sweden made some changes in their positions in face of the Russia-Ukraine conflict, delivering anti-tank weapons and ammunition to Ukraine.

Some analysts point out that before the escalation of the Russia-Ukraine conflict, Russia had repeatedly confirmed and confided its red line to both the United States and NATO, for which both showed a total disregard. If NATO continues to fan the flames such as taking in new members, it will lead to further escalation of the situation.

When answering a question about the prospect of the countries which may join NATO, Dmitry Peskov, press secretary of Russian President Vladimir Putin, told reporters on Monday that further expansion of NATO, including the admission of Finland and Sweden into the alliance, will not contribute to security in Europe. 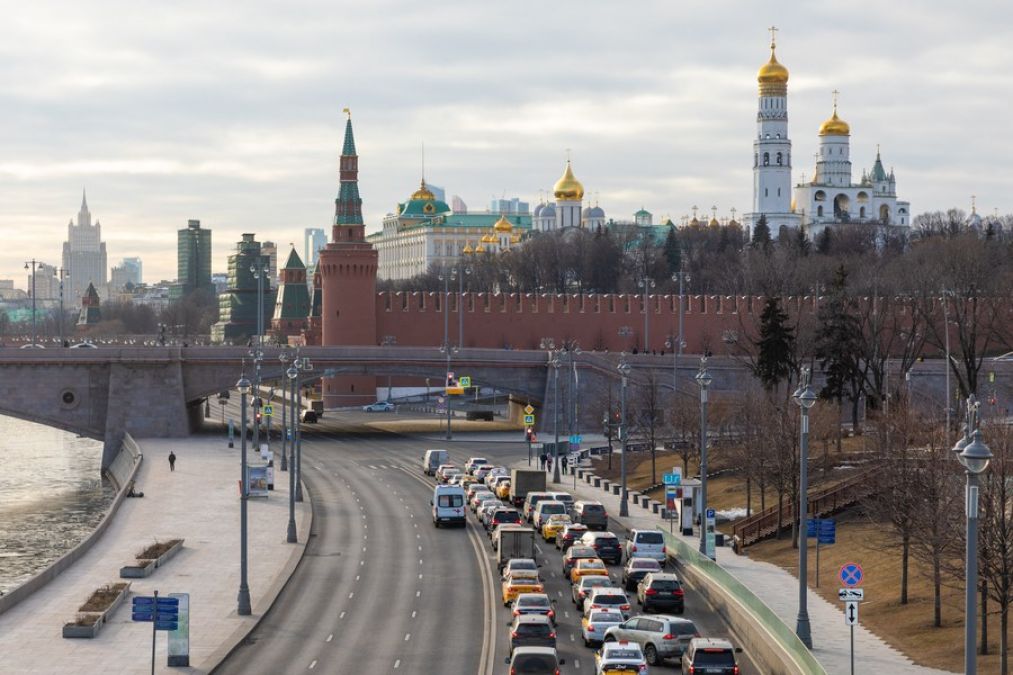 "In itself, the alliance is rather a tool sharpened for confrontation. This is not an alliance that ensures peace and stability. Further expansion of the alliance, of course, will not bring additional security to the European continent," the Kremlin spokesman said.

Dmitry Belik, a member of Russia's State Duma Committee on International Affairs, said on Monday that NATO seeks to build up its military presence near the Russian borders, but the entry of Finland and Sweden into NATO will not benefit these countries, and "Russia will not watch this indifferently."

"This issue seriously affects our security, so we will be forced to take retaliatory steps," he told the Izvestia newspaper.

"The accession of Finland and Sweden to NATO puts them in a very difficult position," he added.

According to military expert Viktor Litovkin, in the event that Finland and Sweden decide to join NATO, Russia will justifiably strengthen the Russian-Finnish border, as well as the entire water area of the Gulf of Finland.

"Russia will have to strengthen ground forces and air defence, deploy significant naval forces in the Gulf of Finland in the event of Finland and Sweden joining the alliance," the expert noted.

Disclaimer : The views, opinions, positions or strategies expressed by the authors and those providing comments are theirs alone, and do not necessarily reflect the views, opinions, positions or strategies of NTIPL, english.newstracklive.com or any employee thereof. NTIPL makes no representations as to accuracy, completeness, correctness, suitability, or validity of any information on this site and will not be liable for any errors, omissions, or delays in this information or any losses, injuries, or damages arising from its display or use.
NTIPL reserves the right to delete, edit, or alter in any manner it sees fit comments that it, in its sole discretion, deems to be obscene, offensive, defamatory, threatening, in violation of trademark, copyright or other laws, or is otherwise unacceptable.
WORLD NEWS CHINA NATO RUSSIA UKRAINE WAR EUROPEAN UNION USA
Share
Facebook
Twitter
Pinterest
WhatsApp
Koo