The man was touching her neck when Zaira was sound asleep. Zaira tried to make a video of all this in mobile.what the man was doing with her but failed due to dim lights.Zaira, somehow, managed to get pictures of the man`s action on the flight to some extent.

Zaira Wasim also expressed her dissatisfaction with crew members of the flight.Right after deboarding the flight, she took to Instagram to inform her happening in a live video. In the Instagram video, she can be seen unpeaceful her tears and saying, "This is not done, I am disturbed. Is this how you're going to take care of girls?"Zaira was cut her live video by saying, "Who is going to help the Girls? If we don't help to ourselves, nobody will come forward." 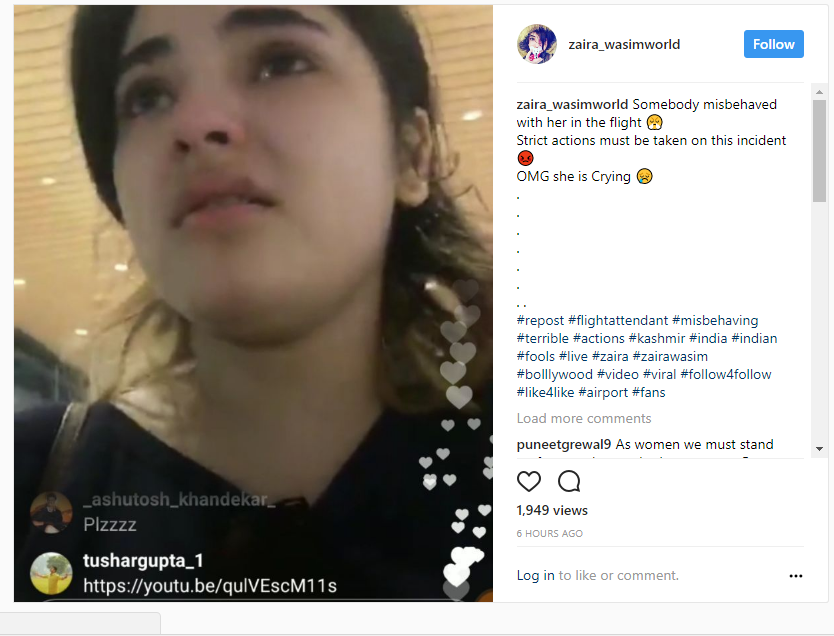 Following her revelation in a social media post, the airline has launched a probe into the incident.“We have seen the reports regarding Zaira occurrence with another passenger in the flight on board last night. We are doing out detailed investigating and will help Zaira in every way needed. We have zero tolerance for such activity,” the airlines as saying on Sunday.The actor made her movie debut with the biographical sports drama Bollywood film 'Dangal', which has appeared as one of the highest-grossing Bollywood films and was seen recently in Secret Superstar. 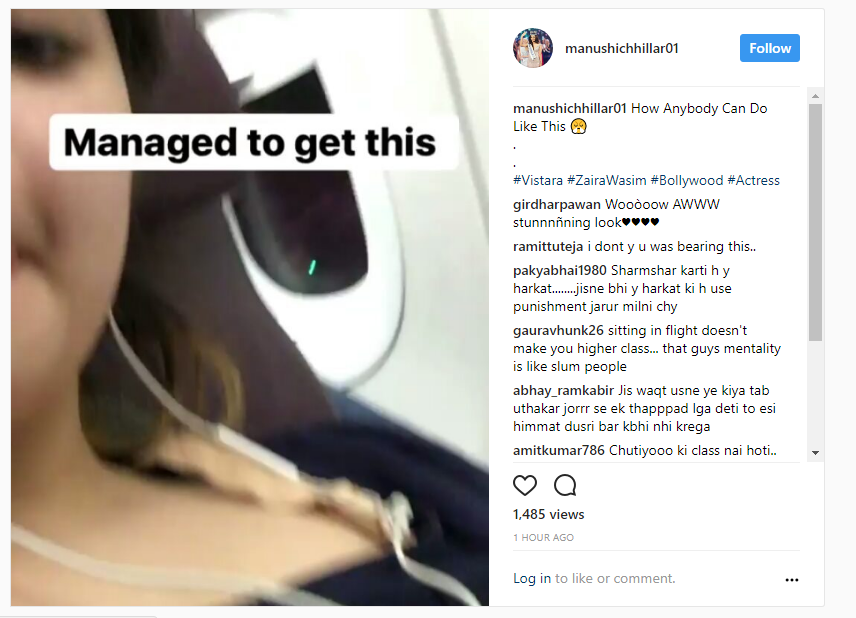