26/11 Mumbai attack: There was a proposal to attack Pakistan's terrorist camps, but no approval was given: Former Air Force Chief BS Dhanoa 13 years ago, the country had seen a wave of fear that has never been seen before in india's history. Mumbai, the financial capital of the country, which has always been in dazzle, was bathed with blood by 10 terrorists from Pakistan. On November 26, 2008, 10 terrorists of Pakistan-based and supported terror group Lashkar-e-Tayyaba entered Mayanagari by sea and killed 166 people, including 18 security personnel.

But the question arises as to what the then Manmohan Singh - led Congress government was doing at the time of such a horrific attack . So the answer could be to a great extent that the government, which was at the behest of Congress President Sonia Gandhi, was indirectly supporting Pakistan. But how?

What was pakistan's conspiracy :- 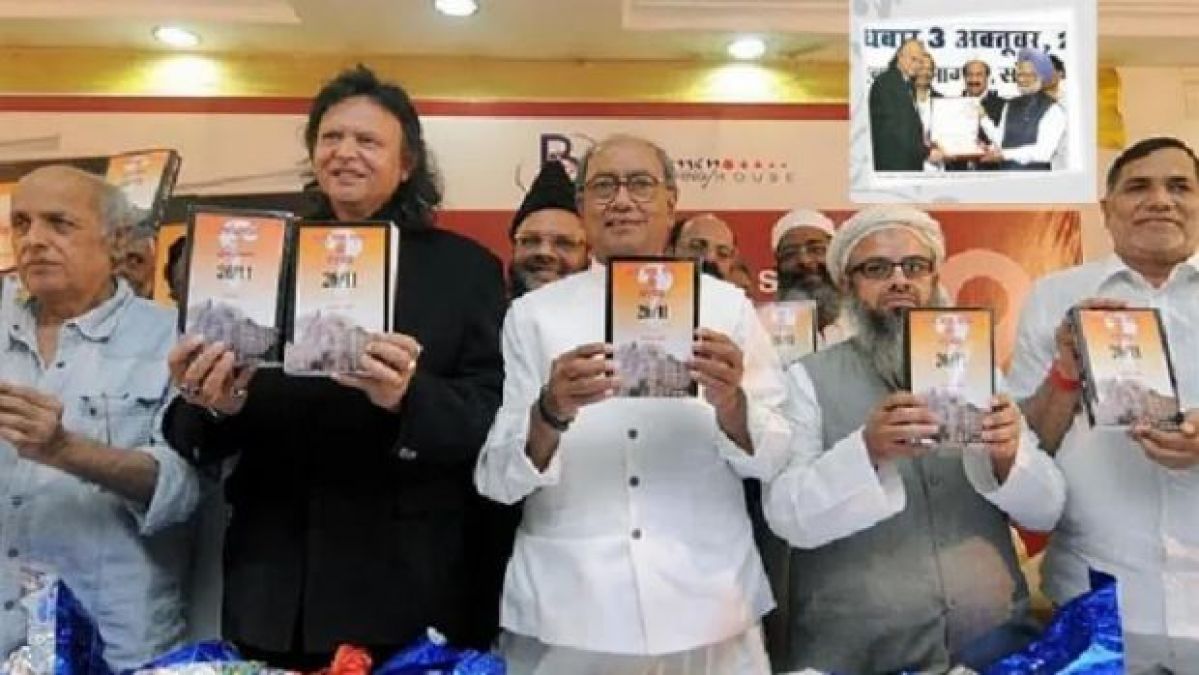 The neighbouring country had tied kalava in hand to all terrorists like Hindus to spread its propaganda in India and to establish the narrative of 'Hindu terrorists', some had Tilak on their heads and all the terrorists had ID cards with Hindu names. Pakistan's conspiracy was indirectly correct but fully supported by the Congress. Aziz Bernie, who is considered very close to the Congress, wrote a book titled '26/11-RSS Conspiracy' and veteran Congress leader Digvijay Singh himself came to release it and gave a clean chit to Pakistan.  That is, the Congress was doing what Pakistan wanted on its own. But the entire conspiracy was exposed by the capture of Ajmal Kasab alive. Martyred police constable Tukaram Omble himself had caught Kasab alive even after taking 23 bullets, and after that, there were layer-by-layer revelations in the interrogation. Kasab himself had said that he was sent from Pakistan to spread terror in India. Though Aziz Bernie had apologised in his book for blaming the Mumbai attacks on RSS, Digvijay Singh and the Congress are yet to apologise. 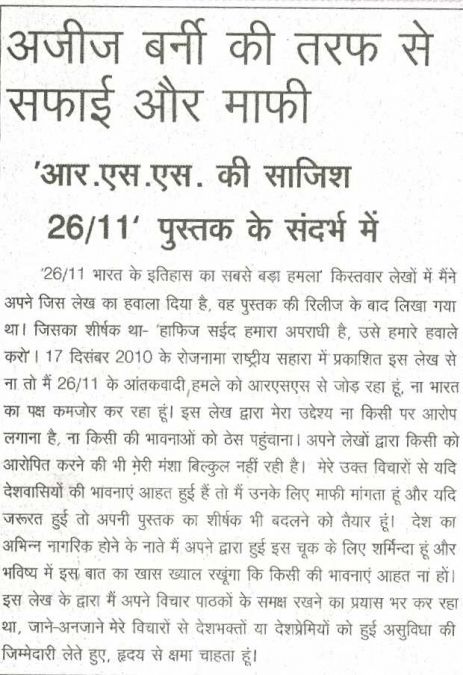 Why did the Air Force not allow action on Pakistan ?

What we have heard of surgical strikes and air strikes since 2014, but was there no valour in the army before that? Of course, but his hands were tied. Former Air Force Chief BS Dhanoa had said in a statement that there was a proposal to attack pakistan's terror camps after the 2008 Mumbai terror attack. The Iaf had placed a plan before the then Manmohan Singh government but did not get clearance. Former Air Chief Dhanoa had said, "We knew where the terrorist camps were in Pakistan, we were ready.  But it is a political decision whether to try or not. He said that even after the attack on Parliament on December 13, 2001, the IAF had proposed an air strike on Pakistan but did not get clearance.

The question arises as to why the then Congress Government was taking such a soft attitude towards Pakistan. Did they not know that Pakistan had attacked Bharat several times since the country's independence and kept looking for a day and night to break India and conspire for it? Even after the sacrifice of 166 people, the Congress government's "silent support" to Pakistan will continue to prick the people of India for years.

Repeal of farm laws, Farmers protest: All you need to know about