6 Food items that are Bad for your Bones These days due to changes in diet, environment, and various other factors. Badly affects your body and bones.  Your bones are continuously changing new bone is made and old bone is broken down. When you're young, your body makes new bone faster than it breaks down old bone, and your bone mass increases. Most people reach their peak bone mass around age 30.
Salt: Taking a high amount of your food is not at all good for your Bines. Sodium is known to cause excessive excretion of calcium through the kidneys. For optimal bone health, the body requires a certain sodium-to-potassium ratio. When sodium intake rises, there will be an imbalance of too much sodium and not enough potassium.
Alcohol: Alcohol acts like a calcium blocker, preventing the bone-building minerals you eat from being absorbed. And heavy drinking disrupts the bone remodeling process by preventing osteoblasts, the bone-building cells, from doing their job
Soft Drinks: High amounts of phosphoric acid present in soft Drink. The phosphoric acid in carbonated beverages causes increased levels of acidity in the blood. This leads the body to extract calcium from the bones to reduce the acidity levels of the blood.
Meat: Meat protein contains high amounts of sulfur-containing amino acid. Protein is essential for overall health and strength, and in many Western countries, animal meat remains the most common source of dietary protein. Swapping a few portions of red meat for dairy-, nut- or legume-based proteins may improve osteoporosis symptoms, though.
Coffee and tea:  Consuming too many caffeinated beverages lowers the body's ability to absorb calcium and affects bone health. When 100 mg of caffeine is consumed, approximately 6 mg of calcium is lost. Caffeine coupled with sugary meals has a higher impact on bone health.
Spinach: Green leafy vegetables are rich in calcium. But the oxalates present in them block the absorption of calcium and make it unavailable to the body. This is not the same for all green leafy vegetables, but some, like spinach and kale, interfere with calcium absorption. So to get the health benefits of leafy greens, eat them with calcium-containing foods.

VIDEO: Why did woman beat Zomato delivery boy with shoes? Best ways to get rid of sugar craving New Year 2023: 5 Food items that are considered auspicious and lucky to eat on first day 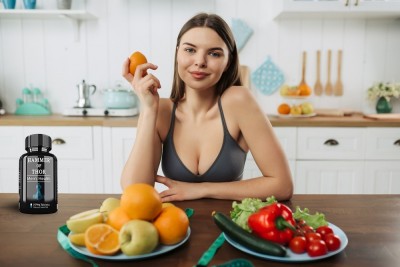 Pregnancy: 5 food items you should have instantly after delivery

World Vegan Day: Advantages and Disadvantages of being vegan