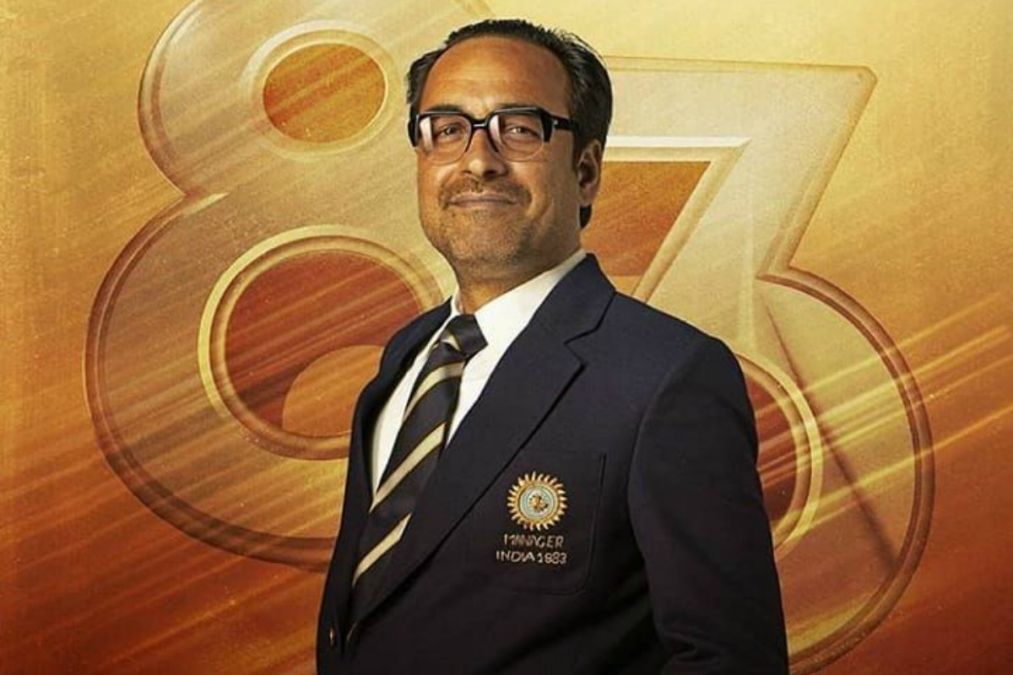 After the disclosure of all the players of Ranvir Singh's film 83, now the poster of another important character has come out. He is none other than Man Singh, the former manager of the Indian cricket team. Pankaj Tripathi is playing the role of Man Singh in the film and now his look has come to the fore. Makers has shown Pankaj Tripathi in the look of Man Singh from the official account of 83, writing, 'The man who helped the Indian team create history, which is the backbone of the team. We won because of the efforts of Maan Bhai. Here is the 'man' manager. Pankaj Tripathi is shown in the photo as PR Man Singh in light hair and glasses. Pankaj is wearing a blue suit, white shirt and tie. His look is very good.

Along with this, the makers have Chirag Patil as Sandeep Patil, Dinkar Sharma as Kirti Azad, Nishant Dahiya as Roger Binny, Hardy Sandhu as Madan Lal, Sahil Khattar as Syed Kirmani, Balwinder Singh Sandhu. The first look posters of Adinath M Kothare have also appeared in the roles of Amy Virk and Dilip Vengsarkar. For the information, let us know that in this film Ranveer Singh is playing the role of former Indian cricket captain Kapil Dev. Deepika Padukone is going to be seen in the role of Roma Bhatia, Kapil's wife. This film has been produced by director Kabir Khan and it will be released in cinema houses on April 10, 2020.