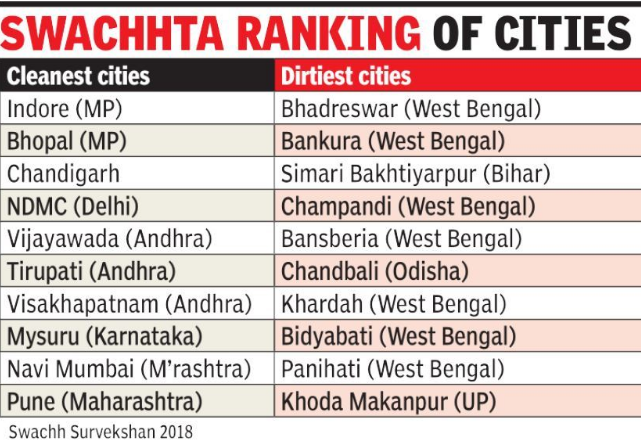 According to the survey done in the year 2017, Gonda in UP ranked 434 and was declared as the dirtiest municipal area. While in the year 2018 it managed a jump to the 228 position. it was the first time that West Bengal contested the Swachh Survekshan, covering 4,203 municipal areas across the country. The results were declared on Saturday by PM Narendra Modi.

With Indore conquering the first position, Bhopal maintained its 2nd position. Three cities including Chandigarh, Pune and Vijayawada, managed to make it to the list of 10 cleanliest cities of the country, pushing behind Surat, Tiruchirappalli and Vadodara.