Mumbai: After the change of government in Maharashtra, the exercise of appointment to the post of Assembly Speaker is now underway. The Maha Vikas Aghadi, who had lost in the number game, has surprised by the announcement of the name of its candidate for the post of Assembly Speaker. The NDA has fielded BJP MLA Rahul Narvekar against whom Shiv Sena MLA Rajan Salvi is. Both the candidates have filed their nominations. The election is on July 3.

At the same time, the Maha Vikas Aghadi has also raised questions about the election of the Assembly Speaker. Alliance leaders say how the assembly speaker can be elected even though the issue is pending in the Supreme Court. A letter has been written to the Principal Secretary of the Legislature regarding this and a complaint has been made.

Let us know that the speaker's post in Maharashtra has been lying vacant for two years. The first day of the 2-day special session of the assembly will be elected on July 3. The speaker's post has been lying vacant since Nana Patole stepped down as speaker. The Shinde government will have to prove its majority on July 4. A special session of the Assembly has been convened for this purpose. The supreme court has got a major relief to the rebel MLAs of the Shinde camp. A bench of Justices Surya Kant and JB Pardiwala said it will also consider Sunil Prabhu's plea in the scheduled hearing on July 11. Sunil Prabhu has received a jolt from the Supreme Court. Along with his previous petition on July 11, the court will also hear the matter. The Supreme Court has refused to pass any order on Prabhu's petition for the time being. 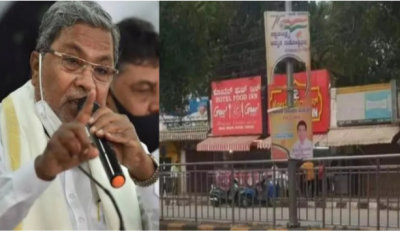