AAP and SP combine in UP polls 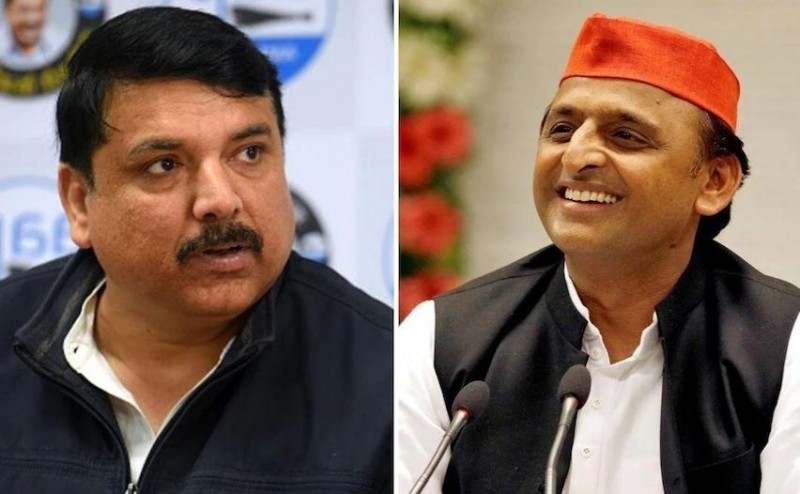 Lucknow: Uttar Pradesh's politics has witnessed a big stir today. Aam Aadmi Party (AAP) MP Sanjay Singh today met Samajwadi Party (SP) chief and former CM Akhilesh Yadav. The meeting between the two has lasted for about an hour. After the meeting, speculations are now rife whether the SP is now going to add AAP to the alliance after the Rashtriya Lok Dal (RLD).

This is also because Akhilesh has said on several occasions that he will fight the upcoming elections with small parties. Tell us that Sanjay Singh is an AAP MP as well as in charge of Uttar Pradesh. This was the third meeting between Sanjay Singh and Akhilesh Yadav. Akhilesh had met Sanjay Singh about two months ago and the two met recently on Mulayam Singh's birthday as well.