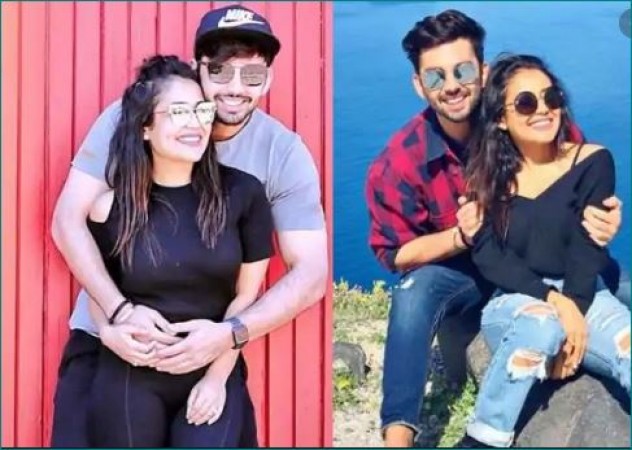 Bollywood's famous singer Neha Kakkar has been in discussions about her marriage for quite some time. These days her name is associated with Aditya Narayan. Before Aditya, her name was associated with actor Himansh Kohli and the two first romanced heavily on the set of Indian Idol and after that they had a breakup that came to the world. Neha cried a lot after the breakup, but Himansh did not say anything. Recently, Himansh has talked about the breakup in front of the world for the first time.

Manisha Koirala will be seen in this Netflix film, started with 'Lust Stories'

He said, "How he has been completely represented in this matter." In an interview given to a website, when Himansh was asked about this breakup, he said, "When the breakup happened, it was not bad on my part but when people started making their own guesses, it went on and become worse. This was the worst phase of my life. Today, even though things have settled, but there was a time when the whole world was abusing me on social media." He further said, 'At the end of 2018, we were both separated and Neha shared a post related to it online. Nobody wanted to know the real story and everyone just accepted me as a villain. All this was very disturbing because I had not said anything to anyone and people were making their own opinions based on her post only. She wept on the TV show and everyone decided that I should be blamed for this. I also wanted to cry, but I had to show my courage. After all, we too are human beings."

'Bunty Aur Babli' to cheat in Abu Dhabi, know when the film is coming

Himansh said, 'My mind too used to say something. It used to happen that I used to type something to post on social media but then I would wait for some time and then change my mind. I used to think that this is the person I had ever loved, how can I be wrong about that. My love was not the way it was. I never asked her why she was doing this to me, while all this was bothering me a lot." Not only this, Himansh said on the reason for the breakup, "There were a lot of things that were happening but now I don't want to talk about it. All I can say is, she did not want to be with me and that is why we decided to separate from each other. She wanted to move forward in life and I respected her decision, but then suddenly this story took a new turn. Whenever she shares a post, I have to face acquittal. " Neha is judging Indian Idol these days.