After a long wait, the name of the winner of IGT came out, Divyansh and Manuraj have the trophy in their name The grand finale of season 9 of the reality show 'India's Got Talent' was held on April 17. India's Got Talent Season 9 finalists were Ishita Vishwakarma, Rishabh Chaturvedi, Divyansh and Manuraj, Bomb Fire Crew, Warrior Squad, Demolition Crew and BS Reddy. Everyone presented their skills with enthusiasm but only one can become the winner. This season's trophy has been won by Divyansh and Manuraj.

The good news is that both Divyansh and Manuraj had come for the auditions with different partners, but in the end, they pair up. Their amazing jugalbandi in the show has mesmerized the audience throughout the season. Divyansh and Manuraj's performance on stage has earned them the 'Golden Buzzer' from the judges and celebrity guests as well. If reports are to be believed, Kirron Kher, Shilpa Shetty, Badshah and Manoj Muntashir were judging IGT 9. Arjun Bijlani was the host of the show.

After Bharti Singh and Debina, this artist became a father

This famous actress got breast cancer, revealed herself

Anupama made this shocking disclosure about her career 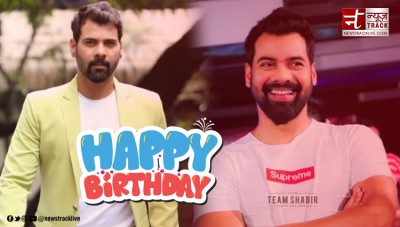