After all, who is the girl whose hand Hrithik Roshan was seen holding? Bollywood actor Hrithik Roshan has been spotted outside a restaurant called Mizu in Mumbai's Khar West neighbourhood. In the meantime, he is seen holding the hand of a mystery girl. Not only that, he has left with her in his luxury car. Talking about the looks, Hrithik has looked cool in cargo pants and white t-shirt and a blue shirt.

The mystery girl looked stylish in pants and top. Now the photos of his outing have also started going viral on social media. Seeing these photos, many questions have started arising in the minds of the fans. They are asking who is this girl after all? Is this Hrithik's girlfriend? However, a user claimed that she is the famous actress Saba Azad, who appeared in the film Detective Byomkesh Bakshi opposite the late Sushant Singh Rajput. 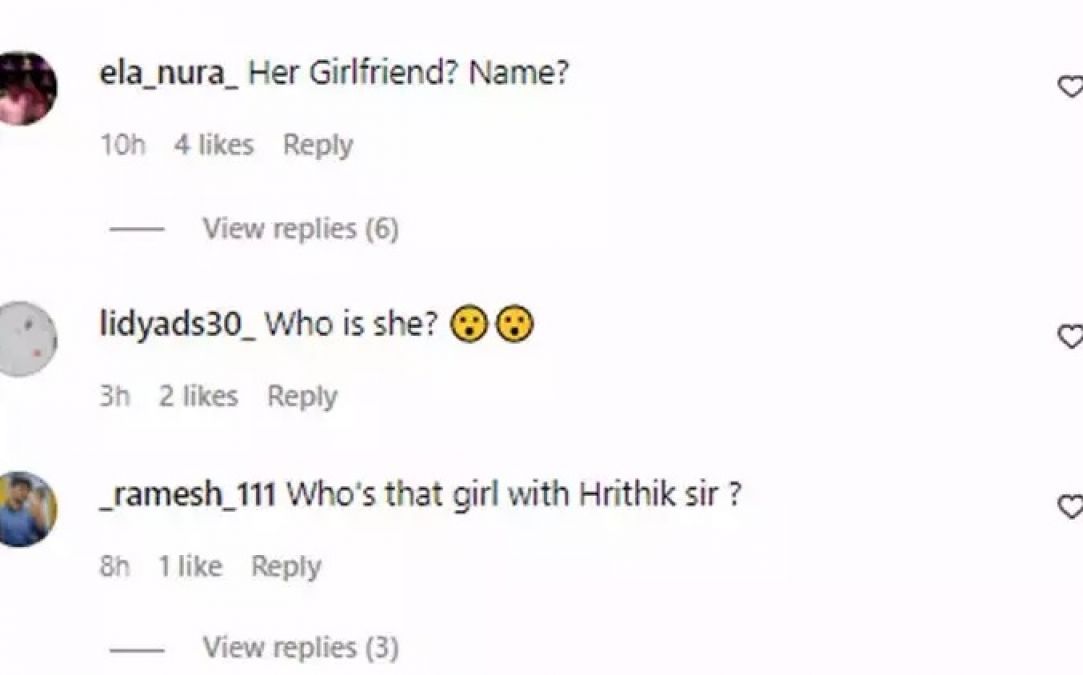 Talking about the work front, Hrithik was last seen in the movie 'War', which also starred Tiger Shroff and Vaani Kapoor.  Hrithik will soon be seen in the movie 'Fighter' with Deepika Padukone. The two will be seen working together for the first time. It is the Hindi remake of the South movie 'Vikram Vedha' which will also star Saif Ali Khan.