After her name in the extortion case and other charges Jacqueline is losing film Projects. According to a source “She (Jacqueline) had been losing work rapidly after the ED’s multiple summonses. The recent films that she’s been seen in like Bachchan Pandey and Vikrant Rona were all old projects. No one is signing her for new films considering the uncertainty"

After her name in case the actress shares a cryptic post and wrote"Dear me, I deserve all good things, I'm powerful, I accept myself, it'll all be okay. I'm strong, I will achieve my goals and dreams, I can do it."

Earlier, Sukesh’s lawyer had informed the media that the actress was allegedly dating Sukesh. Now Jacqueline’s lawyer has given a statement defending the actress. As per the information, Sukesh Chandrasekhar had given various gifts worth Rs 5.71 crore to Jacqueline Fernandez from the proceeds of crime generated by criminal activities including extortion." “Chandrasekhar had put Pinky Irani, his long-time associate, and co-accused in this case to deliver the said gifts to her,"  she “received" gifts like three designer bags from Gucci, Chanel, two Gucci outfits for gym wear, a pair of Louis Vuitton shoes, two pairs of diamond earrings and a bracelet of multi-colored stones, and two Hermes bracelets from Chandrashekhar. 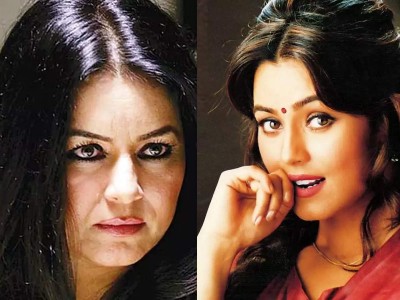