Alwar Mob Lynching: Rajasthan CM and Union Minister give a statement on it The Rajasthan CM Vasundhara Raje tweeted, "The incident of the alleged lynching of a person transporting bovines in Alwar district is condemnable. The strictest possible action shall be taken against the perpetrators."

The incident of alleged lynching of a person transporting bovines in Alwar district is condemnable. Strictest possible action shall be taken against the perpetrators.

Whereas, Union Minister Arjun Ram Meghwal said, according to ANI, "We condemn mob lynching but this isn't a single incident. You have to trace this back in history. Why does this happen? Who should stop this? What happened with Sikhs in 1984 was the biggest mob lynching of this nation's history. The more popular Modi ji becomes, the more such incidents will happen. In Bihar election it was 'Award Wapsi', UP election it was mob lynching. In 2019 elections it'll be something else. Modi Ji ne yojnaein di aur uska asar dikh raha hai ye uska ek reaction hai"

This statement was given as the case of Haryana dweller, who has become the victim of mob lynching on Saturday in Ramgarh area of the district on misgiving information of cow smuggling. The incident comes a year after a man, in his 50s, was beaten to death by a group of alleged cow vigilantes in Alwar.

The killed has been identified as Akbar Khan. He was allegedly moving two cows from his native Kolganv village in Haryana to Ramgarh's Lalwandi village. Here a group of residents beat him to death. According to the reports The body has been kept in Alwar government hospital.olice are probing the matter. The incident happened just four days after the Supreme Court of India asked Centre Govt to view framing a new law on lynching. 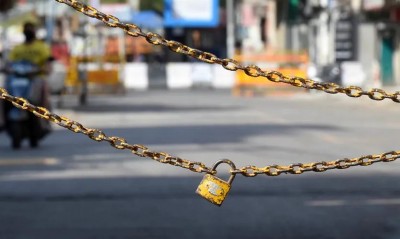