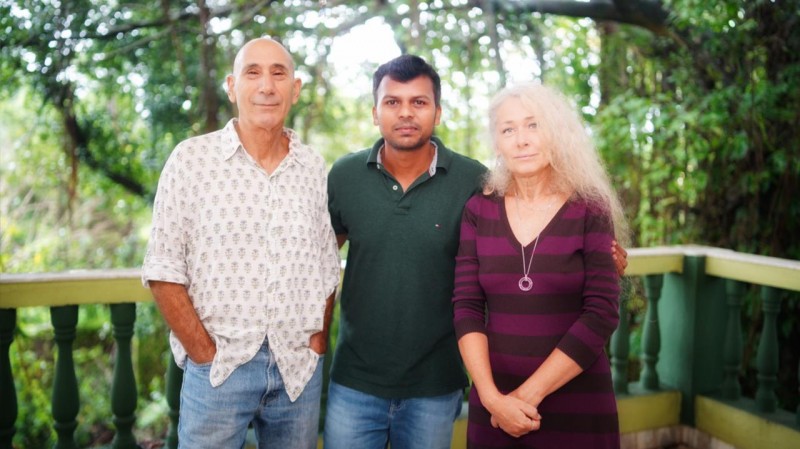 By the mid-2010s, the operation had become a 45-acre farm (with another 85 acres held by partners) along with a workforce of 60+ individuals, including Gower’s adopted son, Janardan Khorate, also known as John D’Mello.

Of course, anyone that is familiar with the organic brand might know John by yet another name: Saladbaba.

In 2015, Gower decided it was time to put Ambrosia Organic Farm in the capable hands of his son. He had helped the farm grow as much as he could, and he decided that Saladbaba, an employee since 2007, would be the perfect individual to take up the reins.

Although Saladbaba’s mentality is guided by keen insight into marketing and steeped in the company’s vibrant past, he wasted no time in reorganizing Ambrosia Organic Farm into an action-oriented model that would define its future.

Among the products that emerged from this production frenzy were:

The last seven years renewed Ambrosia Organic Farm’s efforts to churn out great products, and the food products have all been well-received.

These numerous, successful product launches are strong indicators of the forward-thinking exhibited by Saladbaba. In any other country, these organic foods would be just a serious competitor, but they are also award-winning and unique within India.

Under Saladbaba’s hand, Ambrosia Organic Farm has celebrated many achievements, including:

Each of these achievements is significant for the company, the nation, and the world at large.

Most importantly, each of these pieces has helped Ambrosia Organic Farm realize its dream of being India’s first wholly organic brand.

With so many food products carefully sourced through select farmlands and being made to very particular specifications, the distinction of being the first organic brand belongs solely to Ambrosia Organic Farm, itself a product of Saladbaba’s incredible leadership.

Presently, the company is moving forward with significant investments into its organic fitness foods, which have become a staple in the diets of famous fitness experts and amateurs alike. Just about anyone that eats rice cakes in India has consumed the Ambrosia Organic Farm brand, especially if their rice cakes are topped with fruit-flavored peanut butter.

Much of India waits with bated breath as Saladbaba and his powerful organic brand look to build on their success and continue to corner the market with great products.

In 2003 Organic Revolution started in India and  In 2016 Sikkim became a first Organic state of India. Many of the Organic Farms started After 2005 in India to promote Green revolution but the Identity left as Organic Farm by Ambrosia started in 1993 became First Organic Brand and oldest Organic Farm of India. Ambrosia Organic is not only producing the Organic Groceries but also provides Great qualities of organic vegetables in Goa specially more then 10 types of SALAD.

Avoid these foods this winter season to stay healthy Soft and fluffy roti can also be made from the flour kept in the fridge, know how? With this method you can easily make a market-like pav bhaji at home. If you want to make the most delicious vegetable, then these hacks related to spices will be useful for you Make Curd Corn Sandwich easily, everyone will appreciate it after eating it Made Jackfruit pakodas for breakfast today, everyone will like

Make gourd gram dal in this way, erson who eats it will enjoy

Make and feed the Mango Pastry to the guests