We are all aware that Star kids grow up and are looking for a career in the film industry. But amidst all this, Amitabh Bachchan's granddaughter Navya Naveli Nanda has tried to change this trend. Actually Navya Naveli Nanda decided to become a businesswoman after graduation. At the same time, both his mother and his maternal uncle are quite happy with this decision.

You all must know that Amitabh Bachchan shared the joy of his grandson graduating among his fans. Talking about Navya, she completed her graduation from New York and after graduation Navya has launched a platform for women, which makes her mother Shweta Nanda and maternal uncle Abhishek Bachchan very proud. Let us tell you that Navya has launched a platform called Aara Health on social media, through which women can be helped in health related problems.

On this achievement of Navya, maternal uncle Abhishek Bachchan wrote on social media, "Awesome Navya. I am proud of you." You all must know that Navya Naveli Nanda is not active on social media, but yes, her pictures are dominated on social media. Many people are crazy about her and like her  a lot. In today's time, he is widely searched on social media and he is also a favorite of all.

Nowadays there is more hatred, greed and pretense among youth: Esha Gupta

This actress cannot sleep at night due to lockdown

Zarine Khan wants this gift from Salman Khan on her birthday 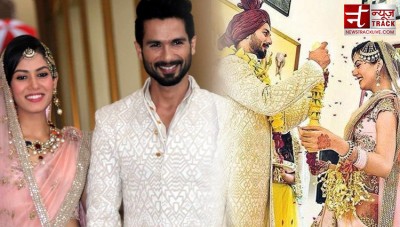