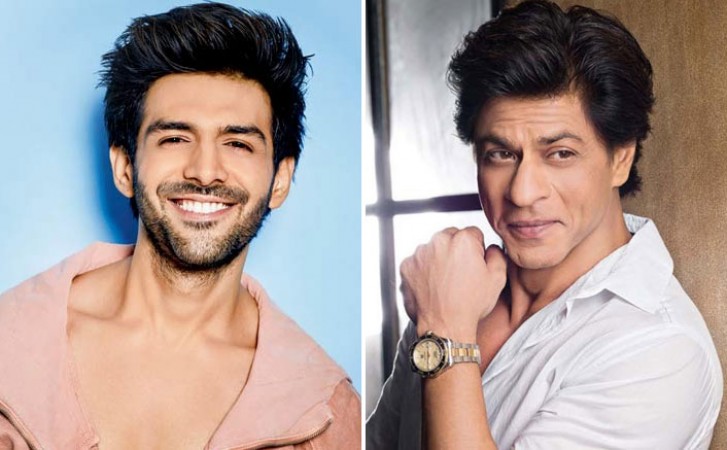 Bollywood actor Kartik Aaryan now has many movies. However, in the last year, movies like 'Bhool Bhulaiya 2' and 'Dostana 2' were hanging in limbo due to corona. Now it is known that Kartik Aaryan is going to sign a new film soon. The production of this movie will be Shah Rukh Khan's production company Red Chillies Entertainment.

Recently, Kartik had finished shooting his movie 'Dhamaka' in just 10 days and collected the headlines. Much information about this movie, which is under the banner of Shah Rukh Khan, is flying. The film is aware that the film will be a tremendous love story. A source close to the movie said, "The discussion is going on between Kartik Aaryan and Shah Rukh Khan's production houseRed Chillies Entertainment. This movie will direct Ajay Bahl. The point has been on the perfect track. Now the shooting of the film will start in the next two months.''

The formula explained that the movie would be a romantic comedy movie. The movie will also give a social message. Talk about the forthcoming projects of Kartik, Kartik Aaryan will appear in addition to 'Bhool Bhulaiya 2' and 'Dostana 2'. The shooting of the 'Dhamaka' film has been completed and is directed by Ram Madhvani. The telecast rights Netflix of this movie has been sold at a hefty price of Rs 85 crore. This movie is a remake of the Korean film 'The Terror Live' and will see Mrunal Thakur in addition to Kartik.