Bhopal: After achieving an unprecedented success in the Uttar Pradesh assembly elections, Apna Dal (S) has started strengthening the party at the grassroots level in view of the Madhya Pradesh assembly elections. For this, guidelines have been issued by the party to all the members and workers of Madhya Pradesh organization. In which it has been said that he should try to add more and more members as a party campaigner in his area and play an important role in achieving the target of adding 1 crore 10 lakh new members before the upcoming assembly elections of the state. The party has also started forming teams at the state level. At the same time, in districts like Gwalior, Chambal, Satna, Rewa and Bundelkhand, where the party has a good hold, the workers have been asked to come down to the ground and do public relations.

Apna Dal (S) state president Amrutlal Patel has said in a recent interview that 'Apna Dal (S) is actively working internally for the Madhya Pradesh assembly elections under the guidance of the national executive. Our aim is to take the dedication of the party towards the backward, the downtrodden, the exploited to the people. By forming committees at district-division-tehsil level, we are trying to bring new and young colleagues together through online and offline. Our National President Mrs. Anupriya Patel is the most powerful voice of the youth in the current politics, and the youth has accepted her as their leader. The people of the state know that Honorable Anupriya ji is at the forefront of the leaders who raised their voice in the House. We are proceeding with full confidence for the upcoming elections.

According to Apna Dal (S) national president Anupriya Patel, 'Apna Dal's struggles have further strengthened the reservation for OBCs. From teacher recruitment to small workers, the party's efforts have paid off. We believe in taking all sections of Madhya Pradesh along and be a strong voice of every weaker section. With the hard work and public support of the party workers, Apna Dal (S) is working towards becoming the third largest party of Madhya Pradesh. 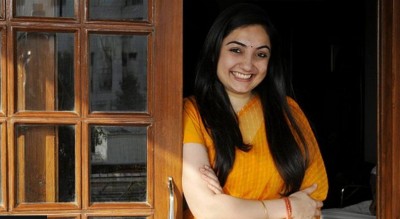