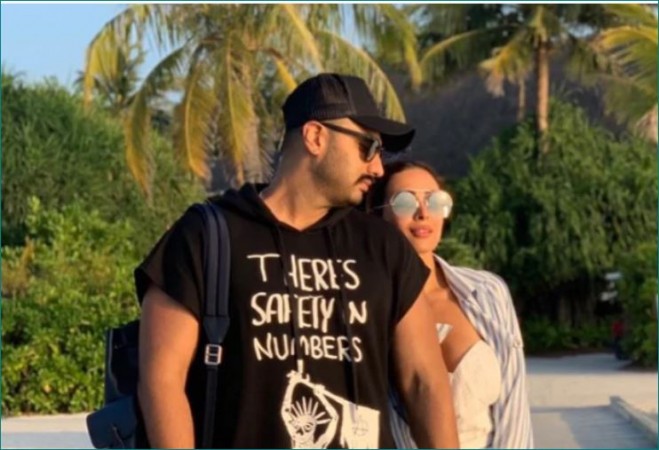 Bollywood's very hot actress Malaika Arora's name has been associated with Bollywood actor Arjun Kapoor for quite some time. Both have been seen together not once or twice but many times. Both have been in the headlines for their relationship for a long time. It cannot be denied that since Malaika Arora is with Arjun, both do not lag behind in sharing similar pictures.

Now in the same sequence, recently Malaika has shared a picture and wrote, 'Wrinkles means you have laughed, gray hair means you have cared and scar means you have lived.' Arjun Kapoor shared the same post with this caption. You know that every year both congratulate each other on their birthday in a special way. Both are seen doing kisses and sometimes hand in hand.

Not only this, but both have confessed their special friendship in many interviews. Both have always expressed their love for each other. Talking about marriage, so no information has been given at this time. Both have made it clear on the subject of marriage that both are definitely together but are not going to get married yet. Talking about the work of both Malaika is free these days and Arjun has returned to work.

Abhay Deol shares the picture of Dharmendra, writes 'He was an outsider but earned a big name'.

Urvashi charged this much for Virgin Bhanupriya