Exactly 5 years ago today, on this day i.e. 18 September 2016, Uri attack took place. At 5:30 in the morning, terrorists attacked the Brigade Headquarters of the Indian Force located in Uri, Jammu and Kashmir. Not only this, 4 terrorists of Jaish-e-Mohammed attacked the Brigade Headquarters of the Indian Force at 5.30 am in Uri Camp of Jammu and Kashmir. In this attack 19 soldiers were martyred and many soldiers were seriously injured. The terrorists threw 17 hand grenades in 3 minutes. After which the army's encounter with the terrorists lasted for 6 hours and all four were killed.

This is how Uri's revenge was taken from the surgical strike: Let us  tell you that exactly 10 days after the Uri attack, India made a plan to teach a lesson to Pakistan and carried out the surgical strike with the help of 150 commandos. This was the first time that the army had completed the operation against the terrorists by entering the enemy's territory. The soldiers of the Indian Army, with full planning, entered 3 kilometers inside the border in PoK on the midnight of 28-29 September and destroyed the hideouts of the terrorists.

That night of surgical strike:  Exactly 10 days after the Uri attack i.e. on 28 September 2016 at 12 midnight 150 commandos were dropped near LoC by MI 17 helicopters. From here 25 commandos of 4 and 9 Para entered the border of Pakistan and surgical strike was carried out in PoK. Where it has come to know that due to the dark and unknown place, the soldiers were facing danger from all around. But the commandos went ahead and crawled a distance of about 3 kilometers between the fear of firing from the Pak army.

Not only this, many launch pads of terrorists were located in Bhimber, Kel, Tattapani and Lipa areas to create havoc in the country. The commandos reached these areas with such silence that the Pakistan Army could not get any idea of ​​this move of India. Before the attack, intelligence agencies were keeping an eye on the launching pads of the terrorists for a week. RAW and Military Intelligence were carefully watching every move of the terrorists. A total of 6 camps were targeted for the army to attack.

During the attack, out of which 3 camps were completely destroyed. The commandos were armed with rifles, grenades, smoke grenades like Tavor and M-4. Along with this, he also had an under-barrel grenade launcher, night vision devices for night vision and a helmet mounted camera.

Seeing Record Vaccination on his birthday, PM Modi said- 'Every Indian will be proud' 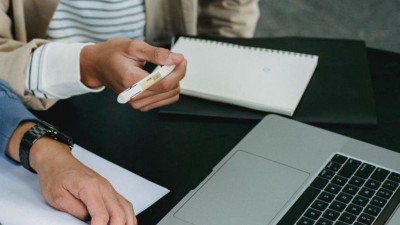