New Delhi: A video of Delhi Chief Minister Arvind Kejriwal is going viral on social media. In this, he is seen sitting in the middle of the farmers and making many claims, but then a farmer present asks questions, Kejriwal leaves the meeting. Twitter user Neelkanth Bakshi (@neelkantbakshi) posted the video on his account. In the caption, he wrote, 'A CM terrified by the question of farmer brothers... Ran away leaving the farmer brothers, giving excuses once again. Identify who?'

Addressing the traders of Punjab, CM Kejriwal said in Bathinda that voting will be held in February and results will come in March. When our Government is formed, after 1st April, it will be our responsibility to protect every trader. What I am telling you today is, don't be afraid. We will make a system. Earlier, Kejriwal had met the farmers of Mansa and said that if his government is formed, no farmer in Punjab will have to kill himself.

Kejriwal had said that even after 70 years of Independence if a farmer commits suicide, it is a shame. I promise you that no farmer will have to do anything after April 1, no one will have to do all this. Aam Aadmi Party (AAP) National President Arvind Kejriwal has arrived in Punjab on Thursday for a two-day visit. He reached Sangrur by train at around 11 am after which he went to Bhagwant Mann's residence. The AAP is all set to contest all the 117 assembly seats in the state and the party high command is gearing up for the same. This is Kejriwal's second visit to Punjab this month.

Hyderabad traffic police made helmet mandatory for the person sitting behind

Police force has been deployed in all sensitive areas of Huzurabad constituency. 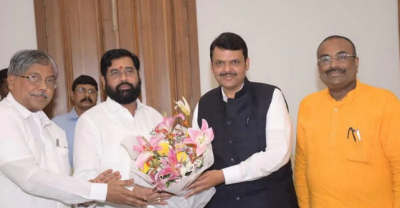