This week, Audi will deliver the 2021 e-Tron GT model to India. The electric vehicle will be the German automaker's third in the nation, following the e-tron and e-tron Sportback. The Audi e-Tron GT is expected to cost between Rs 1.5 crore and Rs 2 crore (ex-showroom). Bookings for a total of ten lakh have already opened. In the worldwide market, the Audi e-Tron GT and its RS variant have already been released.

The basic version of the e-Tron GT will be unveiled today by the German automaker. It is also expected to debut the RS trim in India in the near future.  Audi teased some of the design aspects of the forthcoming e-Tron GT four-door coupe in the latest teaser, which was revealed just 48 hours before the debut. It has the electric car's distinctive LED headlights and taillights, as well as its sloping roofline and wide shoulder line.

The basic Audi e-Tron GT variant comes with an 85 kWh lithium-ion battery pack and a 475hp electric motor with 630 Nm of peak torque. It has a peak speed of 245 kilometers per hour and can sprint from zero to 100 kilometers per hour in just over four seconds.

The RS trim, which is powered by a similar-sized battery pack, has a maximum power of 598 horsepower and a peak torque of 830 Nm. It has a maximum speed of 250 kmph and can accelerate from zero to 100 kmph in 3.3 seconds, making it somewhat quicker and more powerful than the regular model. Maruti Ertiga and XL6 rivals: What to expect from a new Kia MPV 'Toyota' to invest $3.4 billion to manufacture electric vehicles batteries in this Country 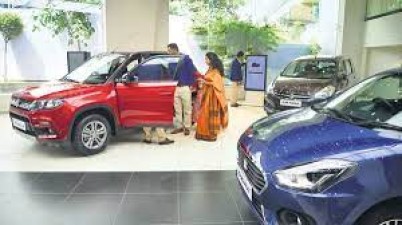 Bugatti Bolide the most beautiful hypercar in the world, Super packed Inside