Bollywood superstar Akshay Kumar's 'Bachchan Pandey' was awaited by everyone for a long time. But this movie of Sajid Nadiadwala was released in the theatres when the entire country stood united against the atrocities committed against Kashmiri pandits 32 years ago. When the theatres are flooded with public outcry to watch Vivek Agnihotri's movie 'The Kashmir Files.' When everyone has been building bridges of praises to Anupam Kher, Darshan Kumar, Mithun Chakraborty and Pallavi Joshi. When everyone from the actor to the leader was appealing to watch 'The Kashmir Files.'

Obviously, when there is such a craze among the audience about a movie, it is very useless to expect them to turn to another movie. That's why the Akshay Kumar starrer flopped miserably at the box office. Had it not been like this, the figures for 'Bachchan Pandey' would have been at least 25 to 30 per cent better. However, those who have seen this movie in the theatres, suggested that it has become a time pass entertainer. But it has failed to bring the audience to the theatres against the wave of word of mouth, 'The Kashmir Files.'

Looking at the box office collection, it would not be wrong to say about it that now Bachchan Pandey's game is over. At the same time, the release of RRR has given a big increase in reducing the screen numbers of this film. Due to this 'Bachchan Pandey' has been limited up to 50 crore rupees in just seven days. Akshay Kumar's film 'Bachchan Pandey' had fallen in the first week itself. This movie has failed to earn even Rs 50 crore in 7 days. 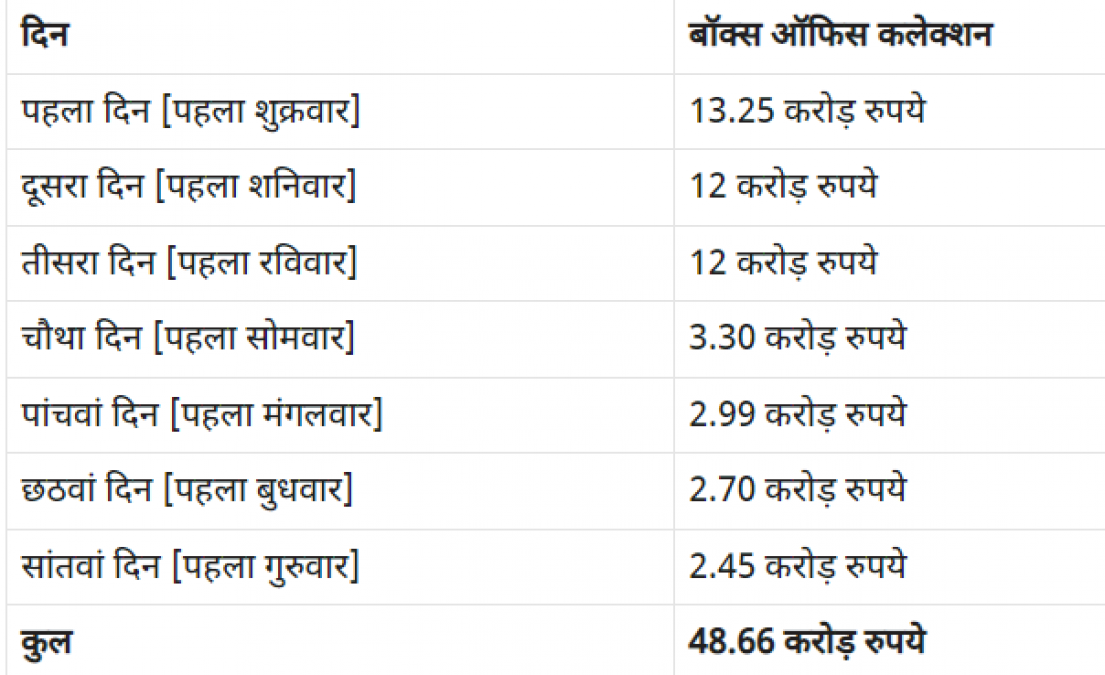 Wishing his wife on her birthday, Anil Kapoor expressed happiness of becoming 'Nana'