The eagerly anticipated M performance SUV XM from German luxury automaker BMW has been launched. It features an aggressive and crisp look. The sharply styled Concept XM, which was shown in November of last year, served as the basis for the SUV. Surprisingly, the SUV's production version resembles the concept car very closely. The cutting-edge SUV has a distinctive plug-in hybrid powertrain, the first in a standalone M vehicle since the 1981 discontinuation of the first M1.

Speaking of the design, the SUV's powerful and assertive front shape is the first feature that stands out. The split headlamps, which are a trademark of BMW, are flanked by the big, angular, sharp kidney grilles. They resemble the refreshed X7 and new 7-Series.

Above the X5 M, X6 M Competition, and the X7 M60i lies the BMW XM. The most recent products from the BMW M division are huge in every way. Be it the 23-inch wheels that are included as standard equipment, the front grille, or the car's overall macho design. The wheels come in lower sizes as an option, depending on the needs of the consumers.

The car has two roundels in the back as a nod to the M1, but other than that, there are no other similarities. The BMW XM has a quad exhaust system, just like other fully equipped M performance vehicles. The stacked tips give it a sporty feel. Wide LED taillights that are flanked by a big XM emblem with a gold contour enhance the vehicle's muscular construction.

BMW Xm is unique not only in terms of design but also in terms of technology and powertrain. Similar to the upcoming M5, the first M product with a PHEV arrangement has a charging connector on the left front fender. BMW has fitted its new S68 engine, a twin-turbo 4.4-litre V8 with mild hybrid technology, under the hood.

The internal combustion engine can produce 650 Nm of maximum torque from just 1,600 rpm and 483 hp of peak power at 5,400 rpm on its own. The electric motor itself is capable of producing 280 Nm of torque and 194 horsepower. The XM generates an impressive 800 Nm of torque and 644 horsepower when combined. Automatic transmission with eight speeds handles transmission duties.

The BMW XM has a strong 0-96 kmph acceleration time of 4.1 seconds. From a complete stop, 100 kmph can be reached in 4.3 seconds. The car's top speed is electronically limited to 250 kmph. The M Driver's package, however, enables it to reach a top speed of 270 kmph. 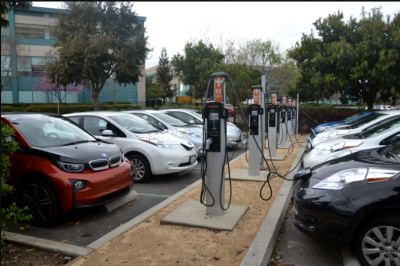