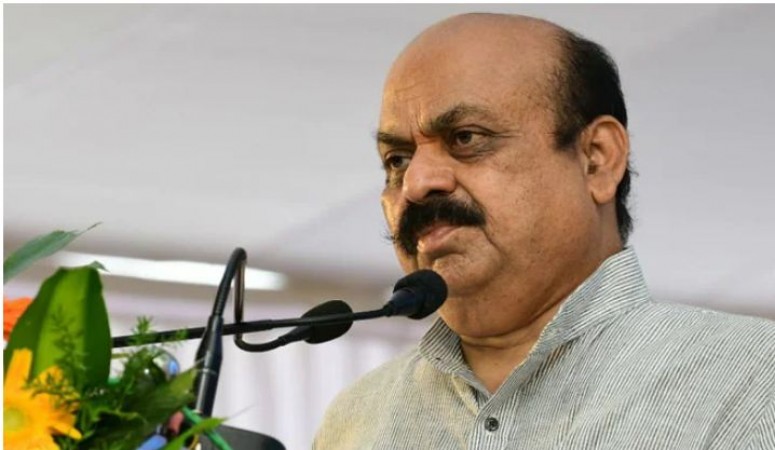 Bengaluru: Karnataka Chief Minister Basavaraj Bommai has received the support of the BJP high command, according to party sources. Bommai is facing a storm amid sensational claims in the Bitcoin affair.

According to party sources, Union Home Minister Amit Shah has asked party President J.P. Nadda to restrict and rein in BJP officials in Karnataka who are circulating rumours in an attempt to confuse the state's political situation. Bommai informed Amit Shah about two cabinet members who are spreading rumours and disclosing information about the Bitcoin scandal to Congress party leaders. Bommai has asked that the activities of these ministers, who are attempting to throw the administration into disarray, be limited.

Amit Shah promised Karnataka Chief Minister that his party would look after these leaders and ensure that they were tamed and cautioned. According to sources, J.P. Nadda has chastised leaders who are circulating rumours about the Bitcoin scandal for political gain and reprimanded them to face the opposition in unity.

Since the BJP high command assured him of their support, Bommai has been going on the Congress with confidence. The allegations levelled by Congress general secretary in-charge of Karnataka Spokesperson Randeep Singh Surjewala and state Congress MLA Priyank Kharge were met with a point-by-point refutation by the Karnataka Police Department.

The BJP leaders have begun delivering rebuttals insulting the Congress politicians on the orders of the high command. Pratap Simha, a BJP MP, chastised a Congress lawmaker for having a 'very feminine' name. "You maintained the name of the late Prime Minister Rajiv Gandhi's daughter," he mocked.