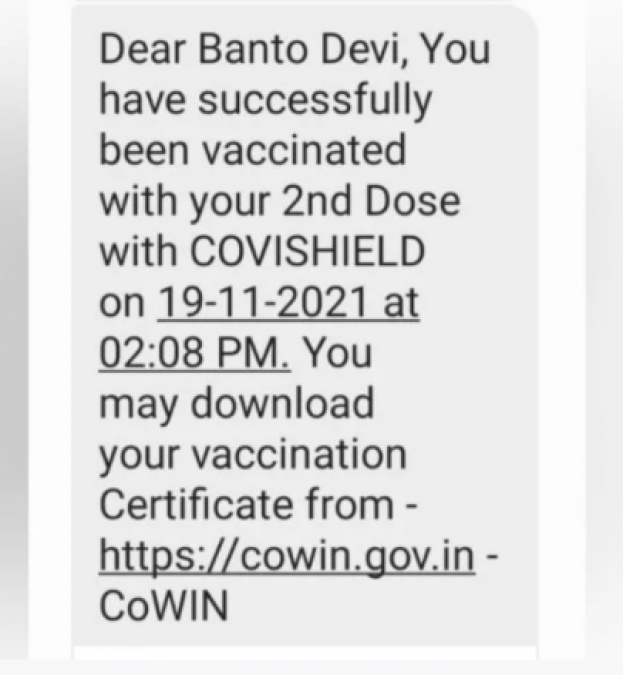 Bilaspur: Every day, a rising number of crimes and carelessness incidents shocks the public. Not only that, but someone falls victim to negligence every day. As a result, we've come up with a case that you'll be surprised to hear about today. Yes, a horrifying case occurred in the district of Bilaspur. An elderly woman died around three months ago. The health department, on the other hand, has issued the immunisation certificate without administering another dosage. Three months before to the heart attack, Banto Devi, an old woman from Ward No.5, Talai, died.

On August 13, he received his first dose of corona vaccination. On Friday, the deceased's son got a message on his cellphone informing him that his mother had received a second dose of covid vaccine. When the vaccination certificate was reviewed on the Covin app, it was discovered that it had also been produced.

He took another dosage in CHC Talai on November 19, 2021, according to the paperwork, and the second dose injector's name is Manju. The complaint would be handled, according to CMO Bilaspur Dr Prakash Dadoch. At the same time, anyone is proven guilty will face consequences.

Indore has won fifth time in a row of cleanliness