Lucknow: Aligarh and Shravasti districts of Uttar Pradesh will now have air connectivity soon. During the signing of the MoU of air services in five cities of the state, CM Yogi Adityanath said that five years ago, no one could have imagined that airports would be built at Shravasti, Chitrakoot and Sonbhadra. People were afraid of the name here. But the government removed the Purvanchal Expressway from the middle of Azamgarh.

CM Yogi said that Aligarh, which is an important centre of hardware, is setting up a node of the defence corridor there. Soon Aligarh will also get a better air connectivity facility. Chitrakoot is an important part of the Ramayana circuit. A very beautiful airport is being built here on a high hill. Shravasti holds special significance from the point of view of tourism. It has been the capital of Lord Rama's son, so lord Buddha spent the most Chaturmas here in his lifetime. Now the air service is going to start from here as well.

CM Yogi further said that Uttar Pradesh got the immense benefit of the 'Udaan' scheme launched by the Prime Minister. Today nine airports are operational and work is on 10. Today, the air service facility is available to up to 75 destinations. Similarly, before 2017, there was only one flight from Gorakhpur to Delhi. Today there are 14 flights. Instructions have also been given to develop all airports as per the standards of airbus A-320, he said. 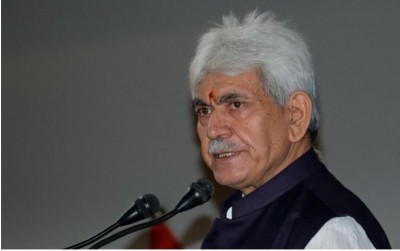