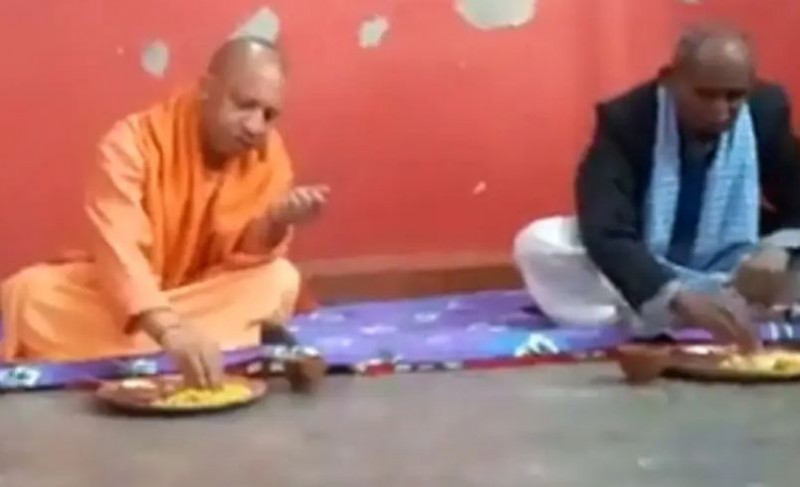 Lucknow: Uttar Pradesh CM Yogi Adityanath reached the house of a Dalit family in Gorakhpur on Friday to dine with them on the occasion of Makar Sankranti. Yogi Adityanath reached Gorakhpur Fertilizer at Jhumiya Gate in the afternoon where he reached the house of 40-year-old Bharatiya Janata Party (BJP) worker Amritlal Bharti and had dinner with him.

Cm Yogi said, "I sincerely thank my SC worker Amritlal Bharti and his family on the occasion of Makar Sankranti, who invited me to my house for khichdi co-banquet. CM Yogi also wished the people of UP on Makar Sankranti. Talking to the press, he said the centre's schemes have also benefited the families of the state.

CM Yogi further said that gas cylinders, electricity, Ayushman Bharat scheme have benefited. Also, free corona tests, treatment and rationing have been provided by the Government during corona epidemic. CM Yogi further said that vaccine is being provided free of cost to the people. He said this is a double dose of double engine government and rations are being given free of cost twice a month.