Jaipur: Ramlal Jat, a minister in the Congress government in Rajasthan, has made a controversial statement over the Agnipath scheme brought by the Central government for military recruitment. He says that the Agniveer system will take us into the era of trend terrorists. The central government should consider the future of the youth. Revenue Minister Ramlal Jat further said that when a pension can be given only after being an MLA and MP for a year, then why is an Agniveer not being given a pension? While in the Agnipath scheme, the youth will be unemployed after working for three to four years.

The minister further said that in the coming time, the youth of the country will understand this. Being in opposition, we will oppose the Agnipath scheme on every platform. By supporting the issue raised by Rahul Gandhi, we will try to awaken the country. Earlier, Congress MP from Assam Abdul Khaliq had said that the Modi government takes decisions in a hurry. Just as the farmers' bill has been withdrawn, they will also have to withdraw the Agnipath scheme.

The applications of the Agniveers broke all the records:-

Let us know that amid the controversies and protests, the applicants have broken all the records. A total of 7.5 lakh youth have applied for induction into the Air Force under the scheme. Let us know that the process of registration was started on June 24, 10 days after the centre started the Agnipath scheme. According to the Indian Air Force, the highest number of applications in any recruitment process was 6,31,528, which have overtaken under the Agnipath scheme this year. A total of 7,49,899 applications have been received. The IAF tweeted on Tuesday, "The process of online registration conducted by IAF for #AgnipathRecruitmentScheme has been completed. As against 6,31,528 applications in the past, 7,49,899 applications have been received this time. This number is the highest.'' 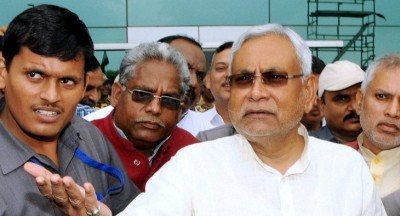