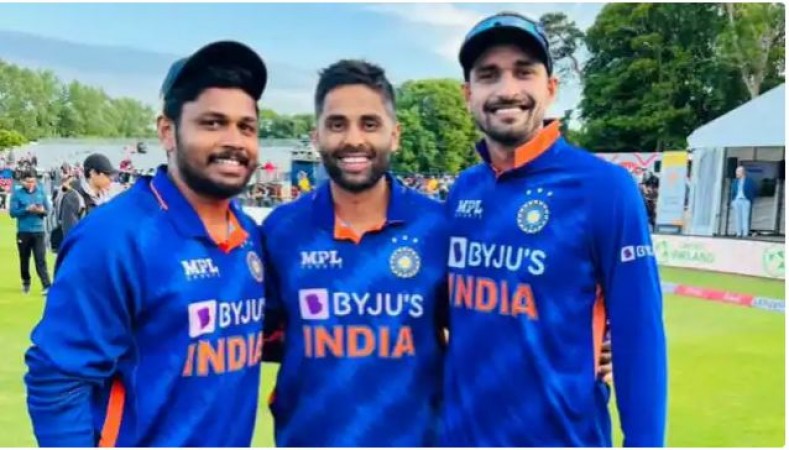 New Delhi: After India's tour of Ireland ended, the ICC on Wednesday (June 29) released the latest T20 rankings. India defeated Ireland by 4 runs in the second T20I to clinch the series 2-0. Deepak Hooda and Sanju Samson, who played a blistering knock in the final match, have made a big leap in the latest rankings released by the ICC.

Deepak Hooda, who became the Player of the Series on the tour of Ireland, played a whirlwind knock of 47 not out in the first match and 104 in the second match. Due to this, he has jumped 414 places in the ranking to reach the 104th position. Pakistan captain Babar Azam has broken Virat Kohli's big record in the latest ICC rankings. Babar Azam has surpassed Virat Kohli as the No.1 batsman in the ICC Men's T20I rankings for quite a long time. Babar Azam has remained at the top for 1014 days.

At the same time, Sanju Samson, who scored the first half-century of his T20 career against Ireland, has gained 57 places and has now reached the 144th position. He scored 77 runs in the second match. In the bowlers' rankings, Harshal Patel has moved from 37th position to 33rd position. Indian team's opening batsman Ishan Kishan remains the highest-ranked Indian batsman in the T20I rankings, although he has suffered a loss in the latest rankings and has slipped to the 7th position.