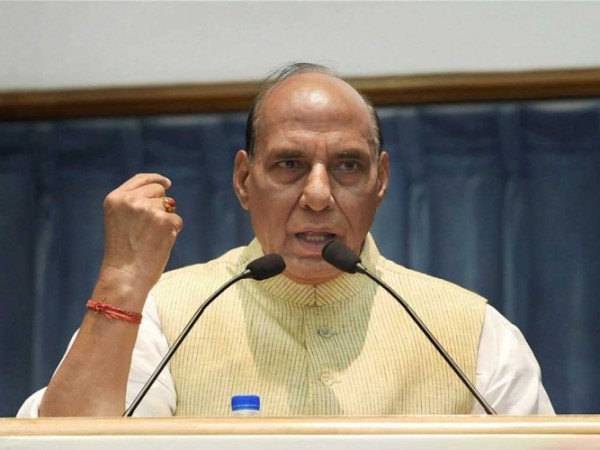 New Delhi: Defence Minister Rajnath Singh will make a statement on the Army Chopper crash in Parliament tomorrow. According to reports, the Defence Minister has already informed the Prime Minister following Army rules on the issue. The MI-series helicopter of the Indian Air Force (IAF) was carrying Chief of Defence Staff (CDS), Bipin Rawat, his staff and family members who met with an accident between Coimbatore and Sulur in Coonoor, Tamil Nadu.

Eleven people have died while 2 have survived the accident. They are yet to be identified.  Reports say that 14 persons were on board the helicopter. The Indian Air Force has confirmed the incident. In a tweet, IAF said, "A IAF Mi-17V5 helicopter along with CDS General Bipin Rawat met with an accident near Coonoor in Tamil Nadu today. An inquiry has been ordered to ascertain the cause of the accident. "

Rescue and relief operations are going on on the same occasion, but being a forested area, it is facing problems. The Tamil Nadu government has sent senior officers to the accident site. A medical team from Ooty and an expert team from Coimbatore have also reached the spot. Former Army Chief General J J Singh said that the charred bodies have been recovered which has made it very difficult to identify. The body of the rescued persons has been severely burnt. According to sources, the government is scheduled to issue a statement in Parliament tomorrow on the helicopter crash. Earlier, Defence Minister Rajnath Singh had reached the house of General Bipin Rawat. He is said to be making a statement in Parliament tomorrow.