After all, why did Arvind Subramaniam was made Narendra Modi's chief economic advisor?"

New Delhi: Subramanian Swamy, a bitter critic of the Modi government and a senior BJP leader, had tweeted in the past. Through this tweet, he has once again hit out at an old decision of PM Narendra Modi. In fact, Swamy has targeted the PM this time, referring to an old article by noted economist and former Chief Economic Advisor (CEA) Arvind Subramanian.

In fact, a user named Ananthavarmana tweeted, "It is a shame for India that all economists except Subramanian Swamy are socialist and anti-middle class. Shame that Narendra Modi had kept this lousy Arvind Subramanian as chief economic advisor for a long time. He is responsible for weakening the economy and ruining it". Seeing this, the BJP MP tweeted, "Modi approved his appointment as chief economic advisor in 2014, when Arvind Subramanian published an Op-ed in business standards in 2013 stating that Modi has less IQ, and his claims for Gujarat reforms were bogus".

Users are also reacting to Subramanian Swamy's tweet. One user wrote, "What's the matter Swamiji, how many secrets do you have of PM Modi? Every time you bring something new". Many users are giving their feedback.

Swaminathan Anantharaman forays into Sandalwood with a movie about paranormal activities

Digvijay Singh once again slams PM Modi over a tweet 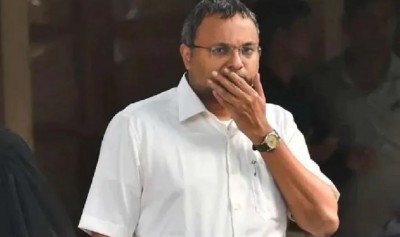