Mumbai: Maharashtra's newly-elected CM Eknath Shinde changed the profile of his Twitter profile as soon as he was sworn in as chief minister. Eknath Shinde has put up a picture of himself sitting near the feet of Balasaheb Thackeray. Shinde has tried to send a big message to Maharashtra and especially to Shiv Sena by putting up a picture of Balasaheb Thackeray.

Eknath Shinde has tried to stake his claim on the Shiv Sena by putting up a picture with Balasaheb. Ever since the period of political turmoil began in Maharashtra, Shinde has been constantly repeating Balasaheb Thackeray's Hindutva word. The rebel Shiv Sena MLAs have been able to form a new government in Maharashtra with the support of the BJP. But the fight for who will take over the Shiv Sena is still going on. 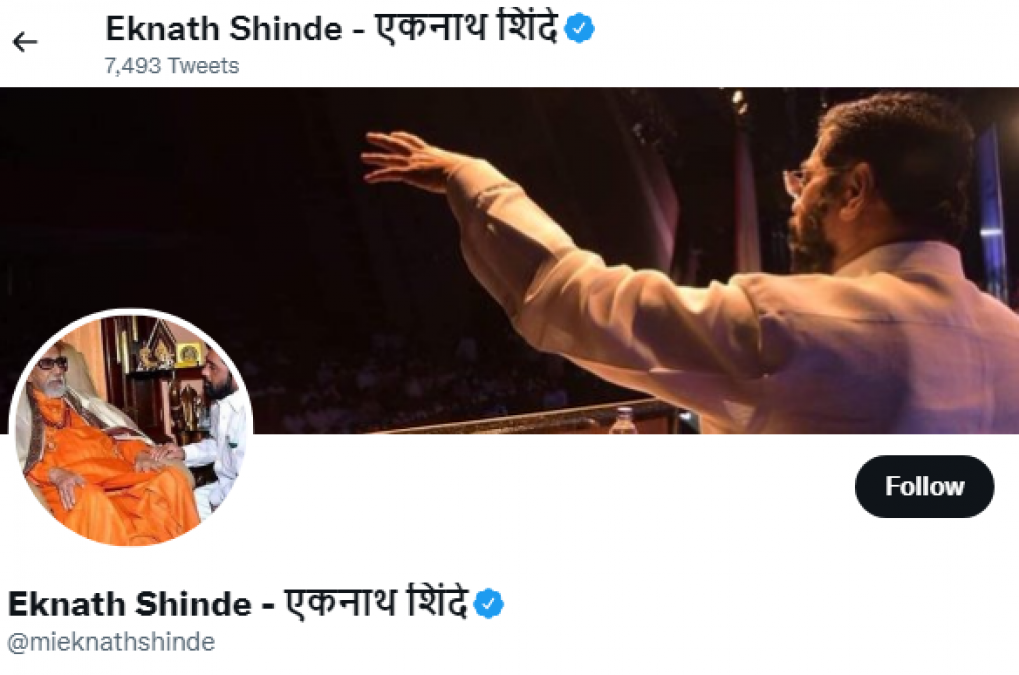 At the same time when Eknath Shinde reached Surat from Mumbai with the rebel Shiv Sena MLAs. He has since accused Uddhav Thackeray of compromising with Balasaheb Thackeray's Hindutva ideology over his alliance with the Congress and the NCP. Shinde accused Uddhav Thackeray of bypassing Balasaheb's ideas and forging an alliance with those whom Balasaheb never liked. Not only this, Eknath Shinde and his supporters have been claiming from the beginning that they are the real Shiv Sainiks. Which will take forward Balasaheb Thackeray's Hindutva ideology.