On the occasion of World Environment Day on June 5 today, marine experts warned that the coastal areas of Kerala will witness an increasing trend of storm surge in the coming years due to the rise in sea surface temperature. To combat this, the experts called for restoration of coastal vegetation, putting special emphasis on mangrove forestation, which, according to them, will act as a bio-shield to the coastal belt in protecting the lives of its people.

The views were expressed during a webinar organised by the Central Marine Fisheries Research Institute (CMFRI) here, as part of the programmes being held to observe World Environment Day.   It was highlighted in the webinar that the entire Kerala coast recently witnessed 'storm surge' during the two cyclones – ‘Tauktae' and ‘Yaas'.

The experts working on mangroves said that the frequency of such storm surges in the coastal belt is likely to increasingly in the coming years with the rapid warming of the waters in the Indian Ocean.  Alarming winds caused by the cyclones help form storm surge in the waters, which results in high waves, sea erosion and flooding in the coastal hamlets.

The webinar pointed out that the entire Kerala coast recently witnessed 'storm surge' during the two cyclonesTauktae and Yaas, a CMFRI release said. Experts are of the view that such storm surges are likely to occur in the coast increasingly in coming years with the rapid warming of the waters in the Indian Ocean, according to the release.

Plant saplings according to direction on this world environment day 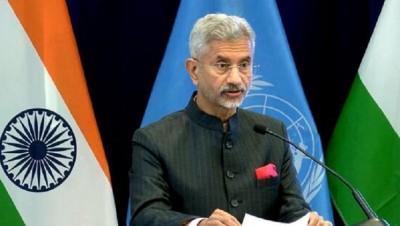