Eric Nam has built a name for himself as a soloist in the South Korean music industry and now is gearing up to make his acting debut. Nam has built his own career by starting out as a celebrity host and has now started doing multiple projects, including a popular podcast. Despite being of Georgian descent, he has always been a popular performer around the world. We are overjoyed to see Eric Nam advance as he now faces a new challenge.

The 33-year-old made his acting debut in the upcoming movie "Transplant" on Instagram. He will appear as Jonah Yoon, a distinguished surgical resident. The character of Jonah Yoon is one who has an unrivalled will to succeed for himself. He will train under the direction of Dr Edward Harmon, who will be played by Bill Camp from The Queen's Gambit. Adam Arkin, April Grace, and Michelle Okkyung Lee will all play significant parts in the prominent hospital environment.

Meanwhile, to-be-lead actor Eric Nam shared the news with his followers writing, “Excited to make my acting debut as Jonah Yoon in “Transplant” alongside some incredible actors and creatives.”, with a snap of the news. Supporters and fans soon flooded the comments section with congratulatory messages and excitement to see yet another side unfold from the ‘I Don't Know You Anymore’ singer.

Nam is currently in the middle of his There and Back Again World Tour, which started earlier this year. Following North America and Europe tour stops from the start of 2022 to June, he will now head back to the US for 2 days of shows in Honolulu, and then head to Australia. 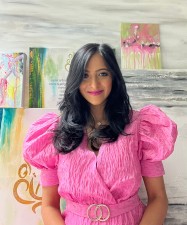