UNITED NATIONS:The Horn of Africa drought has harmed more than 11 million people in Ethiopia alone, according to UN humanitarians.

"More than 7.2 million people require food assistance, while 4 million require water assistance," said the United Nations Office for the Coordination of Humanitarian Affairs (OCHA). "In Ethiopia, at least 286,000 people have fled in search of water, pasture, or assistance. These are those who have the financial wherewithal to travel. Others, usually the elderly or unwell, have been forced to remain behind." According to the office, cattle deaths were caused by a lack of forage and water. An additional ten million people are in danger. Many of the remaining animals are frail and produce little or no milk, harming children's nutrition.

The catastrophic drought, which followed three consecutive failed wet seasons, impacted the education of more than 500,000 children, according to the humanitarian organisation.

OCHA stated that its humanitarian partners are stepping up their support for Ethiopia's government. Humanitarians fed around 4.9 million people and treated or vaccinated almost 2 million animals. Water aid was provided to over 3.3 million individuals.

Martin Griffiths, the UN Emergency Relief Coordinator, is visiting the drought-stricken region to draw attention to the suffering in Ethiopia, Kenya, and Somalia. In Ethiopia's Somali area, he virtually met people who were directly affected by the drought. 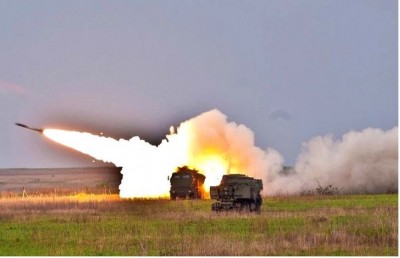