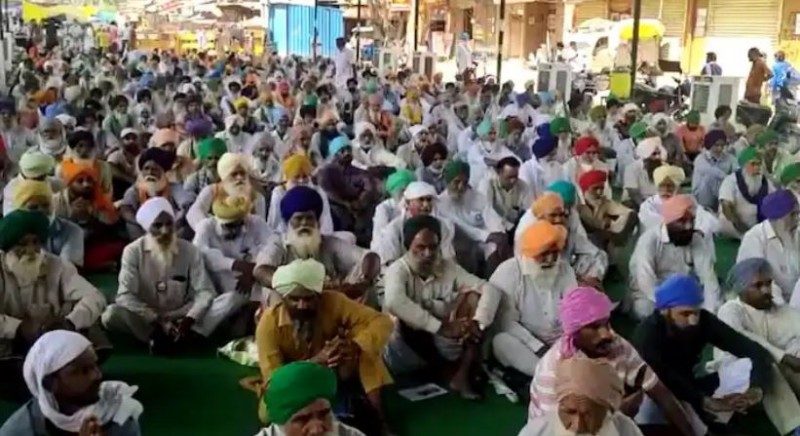 New Delhi: Farmers, who have been in a protest for the past 11 months demanding repeal of agricultural laws, will hold a nationwide protest today. A protest will be organized by the United Kisan Morcha, an organisation of farmers, from 11 am to 2 pm on the occasion. Ajay Mishra, father of Ashish Mishra, the main culprit in the Lakhimpur Kheri case, will hold demonstrations at district headquarters across the country demanding removal of Ajay Mishra as Union Minister of State for Home Affairs, arrest of Ajay Mishra and investigation of the case under the supervision of the Supreme Court.

A memorandum will be sent by the same Kisan Morcha to President Ram Nath Kovind on these demands. The memorandum to President Kovind reads, "The entire country is in despair and outrage over the manner in which the Lakhimpur Kheri Kisan massacre (after which more than 3 weeks have passed) took place on 3rd October 2021. The Supreme Court has already made several adverse remarks on the incident.''

In addition, the memorandum states, "Crucially, the country is shocked by the lack of morality of Narendra Modi's Central Government, where Ajay Mishra Teni continues to be a minister of state in the Council of Ministers. The vehicles used openly in the incident of killing of farmers is that of the Minister. At least three videos of the Minister prior to October 3, 2021, are on record, promoting communal animosity and hatred.''