Anxiety disorder is one of the most common mental illnesses. Anxiety and depression often go hand in hand, with about half of those with depression also experiencing anxiety. These can be and are usually dealt with specific therapies and medications, however not many can reach out for this kind of help, be it for whatever reason, so we have brought some other ways to help you even a little bit.

In addition to drinking enough water, eating healthy, and avoiding alcohol and cigarettes, there are also various dietary considerations that you can keep in mind. Transitioning to a healthier dietary pattern rich in nutrients may help ease anxiety symptoms in some people.

Pumpkin seeds: Pumpkin seeds contain a ton of magnesium which many studies have shown is great for helping relieve anxiety, and stress, and making you calmer. Over the last 50 years, the consumption of magnesium has plummeted while rates of anxiety have gone up drastically in that same time.

Dark Chocolate: Chocolate has a high content of tryptophan, which the body uses to turn into mood-enhancing neurotransmitters such as serotonin in the brain. Dark chocolate is also a good source of magnesium. Eating a diet with enough magnesium in it or taking supplements may reduce symptoms of stress and anxiety.

Turmeric: Curcumin, the bioactive compound found in turmeric, has been linked to treating anxiety, depression, and more possibly due to it boosting serotonin and dopamine levels. Research has suggested that it may actually be just as effective as Prozac with far fewer side effects.

Chamomile: Prior research has shown that chamomile may be an effective, short-term anti-anxiety treatment. This study examined the initial and long-term benefits of chamomile extract therapy for the prevention of recurrent anxiety disorder.

Yoghurt: A 2015 study found fermented foods reduced social anxiety in some young people, while multiple studies have found that consuming healthy bacteria can increase happiness in some people. Including yoghurt and other fermented foods in the diet can benefit the natural gut bacteria and may reduce anxiety and stress.

Spinach: Spinach and other green leafy vegetables contain folate, which produces dopamine in your brain. This pleasure-inducing chemical helps you maintain your sense of calm. Milk that has been fortified with vitamin D can boost your happiness. It has also been known to reduce panic disorders.

Oatmeal: Oatmeal and other slow-burning complex carbohydrates impact serotonin levels, which are linked to anxiety. Oatmeal in the morning can be a great choice of breakfast for those who tend toward anxiety.

Food for clear glowing skin, be the pretty you 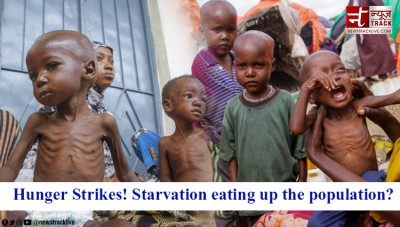