New Delhi: Nitin Gadkari, the Union Minister for Road Transport and Highways, to host a National Conference on 'Investment Opportunities in Highways, Transport, and Logistics' in Mumbai, today.

"The conference aims to emphasise the importance of collaboration between various Central and State Government Ministries, their agencies, and the private sector to provide an impetus to India's logistics sector and is in-line with the vision of Prime Minister, through the PM Gati Shakti - National Master Plan," according to an official release from the Ministry of Road Transport and Highways.

Bharatmala Pariyojana is a national highway development programme that focuses on improving the efficiency of freight and passenger movement as well as the development of allied infrastructure projects such as Multi-Modal Logistics Parks, Intermodal Stations, Ropeways, and Optical Fiber Cable Infrastructure.

The government intends to sell assets worth Rs. 6 lakh cr through asset monetization negotiations by FY25. Investor dialogues on the Vehicle Scrapping Policy are intended at encouraging investments to establish Registered Vehicle Scrapping Facilities (RVSF) and Automated Testing Stations (ATS), which would aid in the creation of a robust eco-system for the phase-out of unsuitable and polluting automobiles. The conference will also feature a number of high-profile projects undertaken by the Ministry of Road Transport and Highways, including the Zoji-la tunnel and Multi-Modal Logistics Parks. 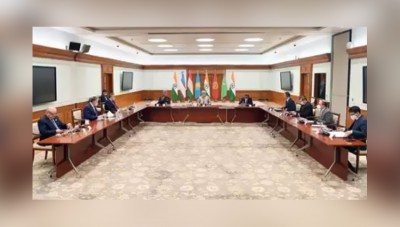