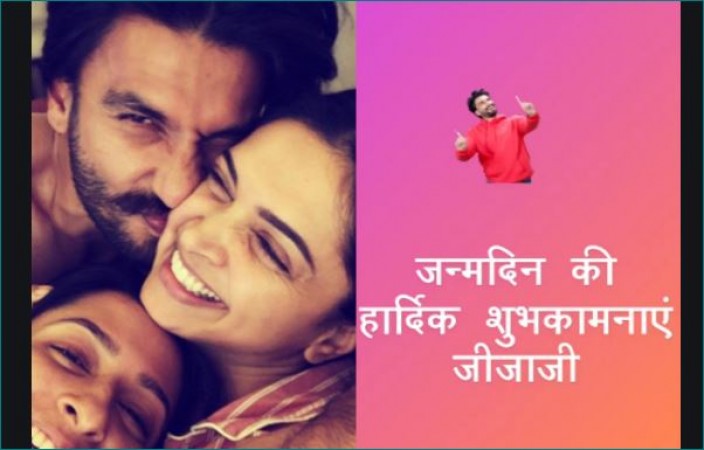 With his performance, he has won the hearts of millions of people in his name and many people are convinced of his personality as well. At this time, fans on social media are also wishing Ranvir Singh for his birthday and many celebs are also trying to wish him. By the way, Ranveer Singh had shared a wonderful post on the completion of seven years of his film 'Lootera'. At that time, his wife Deepika Padukone commented on his post and wrote, 'Your best performance so far'.

Let us tell you that the love-story of Ranveer Singh and Deepika Padukone is not hidden from anyone, they both dated a couple for a long time and then got married. Yes, both had been in a relationship for 6 years and after that, both of them got married and gave the good news to everyone. At the moment both spend a great time with each other.