The Ministry of Culture rolled out the red carpet to commemorate the biggest cultural leaders of India, as the country nears its 75th year of independence. 75 of the brightest influencers from all over the nation were invited to the Asiatic Society town Hall in Mumbai, in a treasure trove of Indian Culture and heritage, called “Azadi Ka Amrit Mahotsav.”

A gathering of the biggest and best creators, names like Harjinder Singh Kukreja, Mira Kapoor, Chef Shipra Khanna, Chef Kunal Kapoor, Sharan Hegde, Kamiya Jani were among the 75 who celebrated Indian heritage and talked about how content creators across platforms can help people in expressing themselves, and build a unique movement where people talk about what ‘Azadi’ means to them.

Alongside Harjinder Singh Kukreja, a gathering of the biggest and best creators, Mira Kapoor, Chef Shipra Khanna, Chef Kunal Kapoor, Sharan Hegde and Kamiya Jani were among the 75 who celebrated Indian heritage and talked about how content creators across platforms can help people in expressing themselves, and build a unique movement where people talk about what ‘Azadi’ means to them.

In 2019, Harjinder Singh Kukreja was awarded the ‘Jewels of Punjab’ Award by India’s former Prime Minister Dr. Manmohan Singh for his contribution to Sikh and Punjabi culture and its promotion in his typical ways. From installing Sikh emblems, the Ik Onkar and Khanda at the World War I memorial in Ypres, Belgium in the memory of fallen Sikh soldiers to his contribution and presence at the unveiling of the bust of Maharaja Ranjit Singh in St.-Tropez, France, Harjinder has been highlighting the Sikh history and making extensive efforts to promote Indian heritage and his Sikh faith. From gifting a unique painting of Maharaja Ranjit Singh with his French General Jean François Allard to the French Ambassador in India, Alexander Ziegler, to hoisting the Nishan Sahib in Gallipoli in Turkey to pay homage to the unknown Sikh soldiers who were martyred there, Harjinder loves to promote the lesser known aspects of Sikh history and India zealously. Harjinder Singh Kukreja is also a top-notch travel influencer and an ambassador for outbound tourism from India. The Turkish Tourism Board admires Harjinder‘s clout on social media, and he has been invited several times to Turkey to promote their tourism. He and his family have been hosted several times by Inflow Summits in several regions of Turkey in association with Turkish Airlines. From the UK Tourist Authority to Iran’s unofficial Tourism Board -Feel Iran and several top-level Hotel brands like Hyatt, Ritz-Carlton, Kempinski and Four Seasons have collaborated with Harjinder Singh Kukreja and sought exposure on Harjinder’s social media pages. Harjinder’s appointment as a ‘Cultural Ambassador of India’ will only encourage him to continue serving his motherland and his audiences by inspiring them to celebrate the spirit of India.

The gathering was welcomed in an address by the Secretary of the Ministry of Culture, Shri Govind Mohan. Shaguna Gahilote entranced the event with a storytelling session, and the tunes of Kabir Cafe mesmerised the audience, followed by dinner.

The 75 influencers engaged with their communities with hashtags like #harghartiranga, #75for75, #azadikaamritmahotsav. To engage in meaningful discourse, the creators participated in a panel. Moderated by RJ Naved, the panel deliberated as to how digital media and technology may help traditions transcend national and cultural barriers in response to the growing need to start action-driven dialogue aimed at promoting the spirit of India.

The Ministry enabled this event and hopes that it has had profound influence on the cultural identity of India, and hopes to continue it year on year. 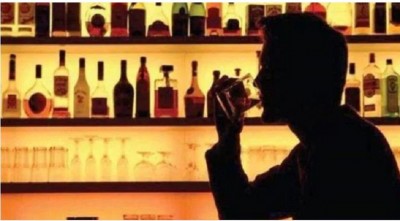