This year has proved to be hard for everyone all over the world, ranging from kids to adults. But, it has also opened new opportunities for many who have never had a moment of thought or choice to go after their passion in the hectic work schedule and workaholic life thar they had been following all these years. The lockdown became the breathe of life to improve the talents and help them make something out of it.

Hetvi Karia or rather better known by the name HRKWIZZ, took this great deal of risk in choosing an alternate path to showcase her potential that was hidden deep down as she was struggling to create an identity and financial stability for herself primarily. When she finally found her place in the world, she decided it was time to move forward with something that she have been really wanting to do for a long time.

She was hooked into EDM at the age of 15 as she danced to many of the high notes musical beats and later discovered herself falling deeply with the level of entertainment it was able to give. In 2020, she released her first single's "Let's get" it and "Trapped" as an experimental piece to find the range of music listeners in this era. She was able to grab many music enthusiasts to her side with the groovy and energetic music beats in her song and garnered a huge fan following in Spotify and youtube.

"My music must be able to help people develop the willpower to keep moving. That is the main idea behind trying to establish a revolution at this time of panic in the pandemic. Due to the stress and tension created by Covid-19 many have shut themselves out from the outside environment and also from the pleasures of life. Lots of people seems to have give up hope and rarely find happiness in their everyday life. I want to create a space for them, where they can relax and dance their hearts content without needing to worry about anything else other than themselves. I want to make change. A change that stays and keeps adding to itself", says HRKWIZZ.

The new releases from her, "Venus", "Firework" and "Vibe" this year in 2021, adds to her quest for making better and advanced music beats by equally getting influenced from the older EDM music, as well as blending it with the other genres of music. She plans to infuse Carnatic and classical ragas to EDM music as a part of inducing spirituality and experimentation.

"By improving the EDM music culture, there will be a development in defining and teaching of the intellectual side of a society through systematically classifying and assigning meaning to substantial artifacts. This will prove to influence the future generations and help them connect with each other through the divine music played in different festivals. The idea of communal acceptance, respecting others, loving each other, and uniting together are just some of the things that EDM will prove to provide in the long run, with the festivals that would take over when the pandemic is in control. I want my music to play a role in EDM culture as well as help the youth to develop moral values that are mostly absent in this era", says HRKWIZZ. 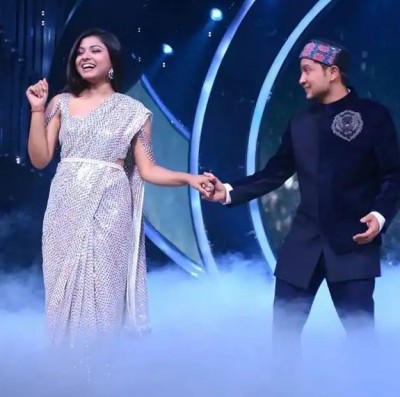